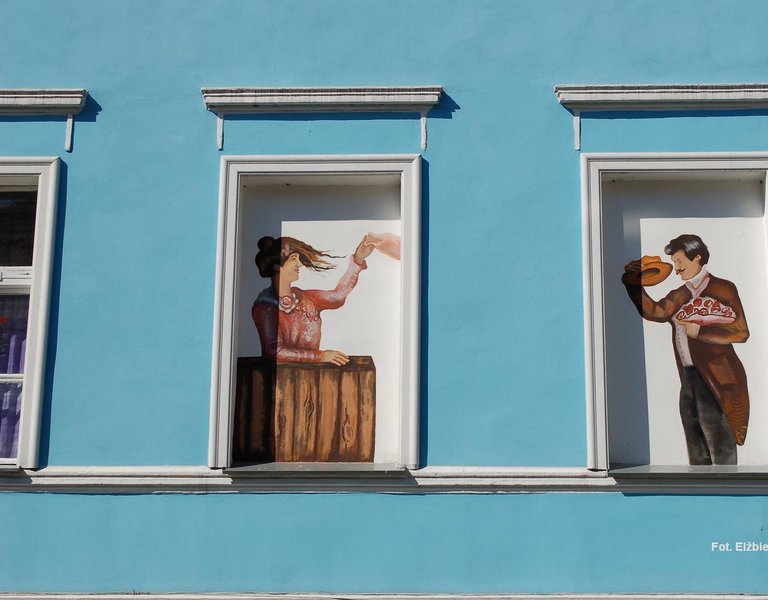 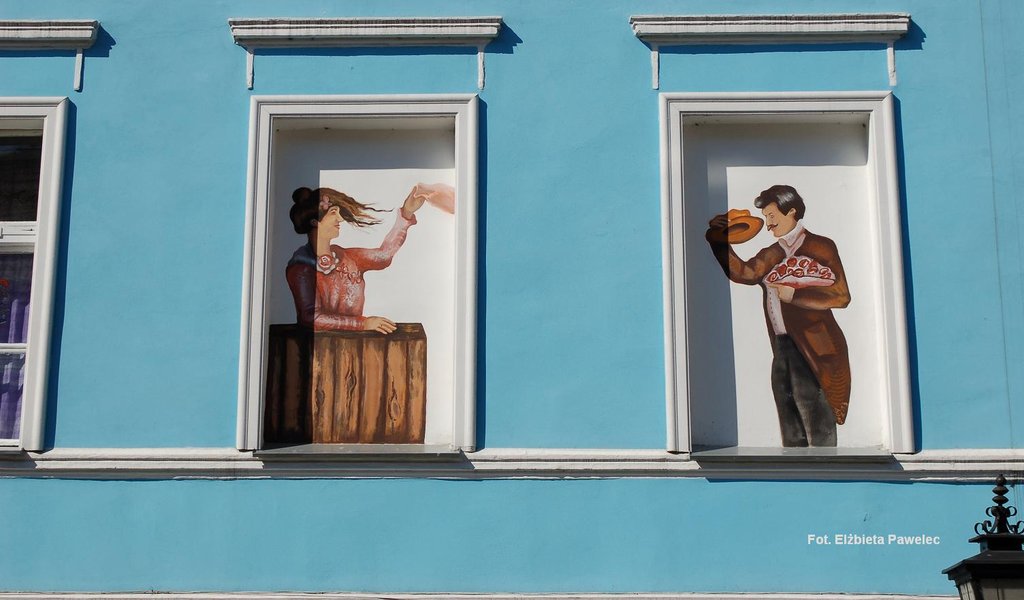 Chełmno – The City of Lovers

Every year on 14 February thousands of tourists flood to Chełmno to celebrate Valentine’s Day together with the city’s inhabitants. Why here? For hundreds of years a parish church in Chełmno has been home to an incredible relic – small bits of skull belonging to St Valentine, the patron saint of love. 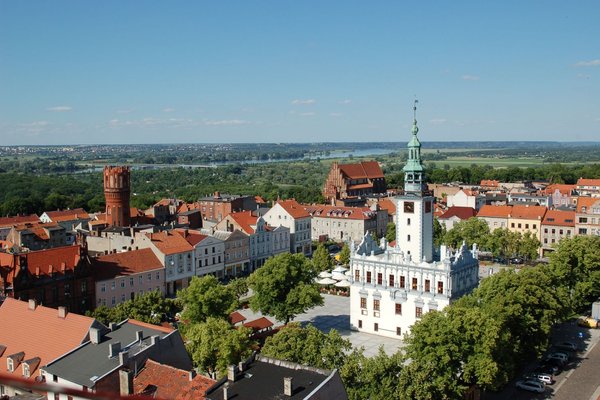 It is unclear when and how St Valentine’s relics made their way to Chełmno, although it is assumed that they were brought in the Middle Ages. What is known, however, is that the relics were believed to bring miracles and the city’s residents received them with great excitement. On two occasions every year – on 14 February and in May or June on Pentecost (a movable feast celebrated 50 days after Easter marking the descent of the Holy Spirit) – the relics were brought from the Assumption of the Blessed Virgin Mary parish church to the Church of the Holy Spirit. The solemn procession was accompanied by indulgences, with the faithful taking part in Mass, reciting litanies to the saint and bringing gifts and offerings.

“In 1630 the relics were placed in a silver relic box donated by Jadwiga of Czarnków Działyńska in gratitude for healing her daughter and in 1715 a special altar was built for her in the parish church,” says Elżbieta Pawelec, an official responsible for tourist promotion of the city of Chełmno. A picture depicting the beheading of St. Valentine hangs in the altar and the relics are held in a niche behind a glass door. 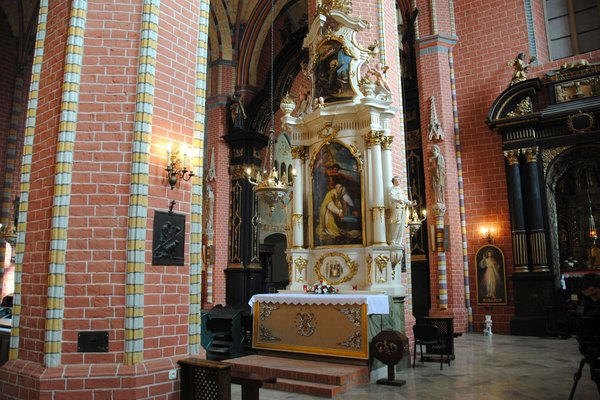 “Every year on the 13th and 14th of February the relics are ‘besieged’ by couples in love,” says Elżbieta Pawelec with a laugh. “They are welcome to take a guide who will tell them about Saint Valentine, the relics and the parish church. The Valentine’s Day celebrations last for several days (this year between 12-15 February),” Pawelec says, before adding “we organise excursions around town, culinary workshops, literary and art competitions, exhibitions as well as a fair, concerts and other events on the main square.” Shops compete for the prettiest Valentine’s Day themed window displays, bakers make rolls with lovage, pastry chefs prepare sweet heart-shaped delicacies and hotels and restaurants provide special offers for couples. 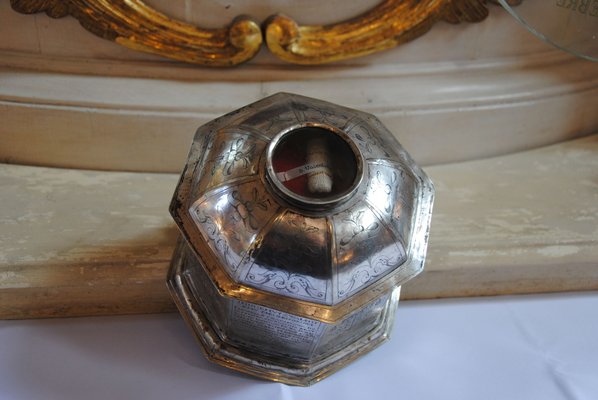 He was the deacon or bishop of Terni, close to Rome, and was a Christian martyr. He is the patron of affianced couples, epilepsy and the mentally ill. According to one legend, he defied an order of Emperor Claudius and secretly married couples, for which he was thrown into prison. Another legend says that Valentine had healing powers and people whom he helped were happy to be baptized by him. This was regarded as a dangerous act and he was arrested and sentenced to death. His execution is said to have taken place on 14 February 269. Soon thereafter Valentine developed cult status and in the 4th century Pope Julius 1 ordered a basilica to be built in his honour. 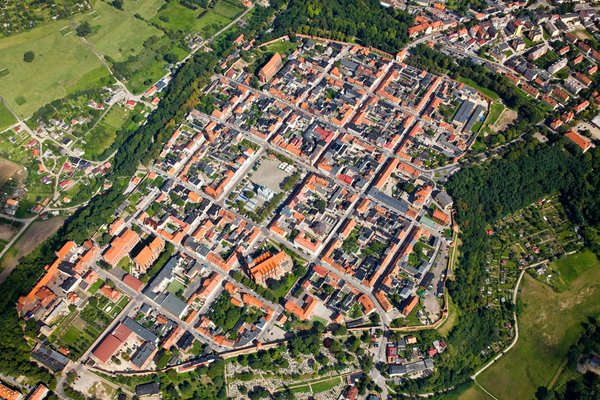 Chełmno wants to become a city of lovers – and not only on Valentine’s Day. The New Planty Park with flowery carpets in the shape of hearts and the Park of Memory and Tolerance are both popular locations for open-air weddings and walks. Couples are able to sit on specially designed benches, the most popular of which – containing padlocks of love – is in New Planty. The benches opposite the City Hall allow visitors to send “live greetings” – all you need to do is sit down and invite the person you want to greet to visit www.chelmno.pl, which transmits an image captured by a camera pointed at the bench.

Even the “Heart of the City of Lovers”, Chełmno’s most popular geocaching tourist route that takes people around the city’s most beautiful sights, is shaped as a heart.

And there is no shortage of beautiful sights in Chełmno! It is one of the prettiest cities in the Kuyavian-Pomeranian Voivodeship, located in a picturesque setting located in the Vistula River valley, on nine hills. “From all sides of the world one can admire the city’s beautiful panorama surrounded by almost perfectly preserved 2 kilometre-long medieval ramparts,” says Elżbieta Pawelec. 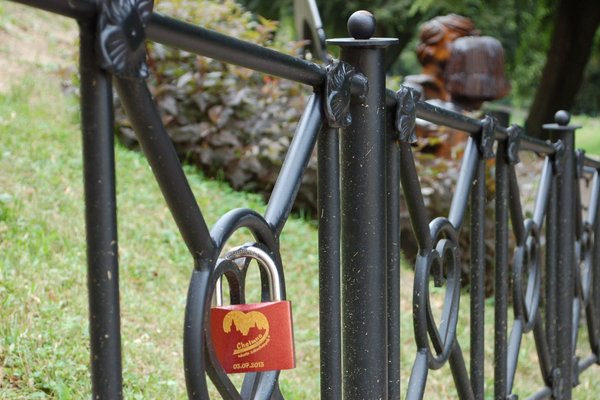 Situated on the European Route of Brick Gothic, Chełmno is famous for its well-preserved medieval urban planning and gothic architecture. A 16th century Gothic town hall with a stunning, richly decorated attic towers over the main square – it is one of the most valuable monuments of the Polish Renaissance era. “Other attractions include The Crusader Castle Miniature Park and the Medieval Knights Village with a torture chamber,” says Pawelec.

In 2005, Chełmno’s Old Town was placed on the Polish president’s list of historical monuments and in 2008 the Polish Tourist Organisation recognised “Chełmno – The City of Lovers” as Poland’s best tourist product. In 2015 the city was chosen as one of Poland’s seven miracles in the annual National Geographic poll. 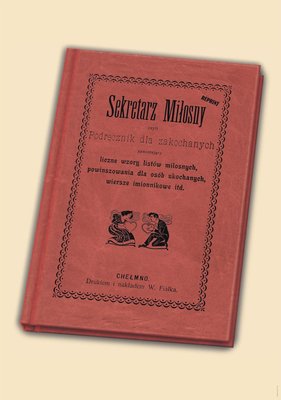 In 1893, a Chełmno-based printer, publisher and bibliophile named Walenty Fiałek published “A manual for those in love containing templates of love letters, wishes for those in love and poems”. They were sorted according to the social status of recipients and senders. Readers are told how to write love letters and about the right way to propose marriage and how to accept and decline engagement proposals (several possible scenarios are provided, containing explanations). In 2011, the city of Chełmno reprinted the manual with additional information and old photos. It can be purchased at the tourist information point at the Town Hall.