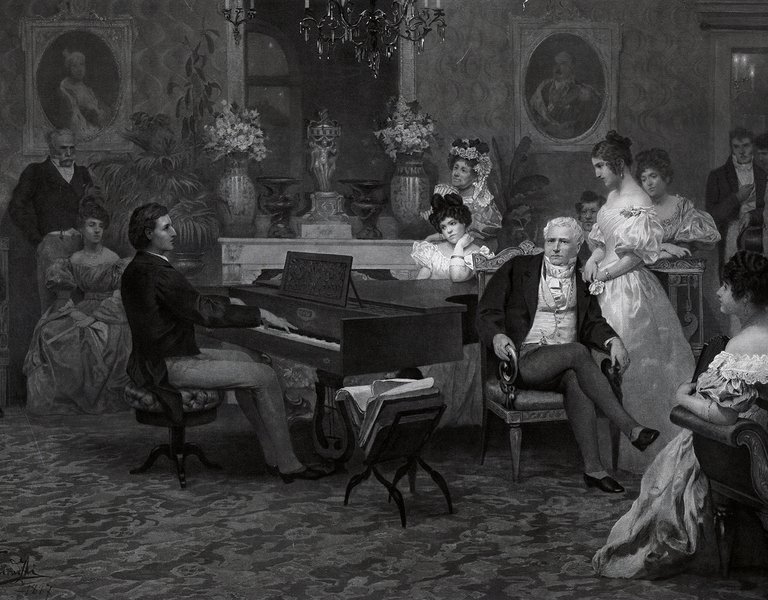 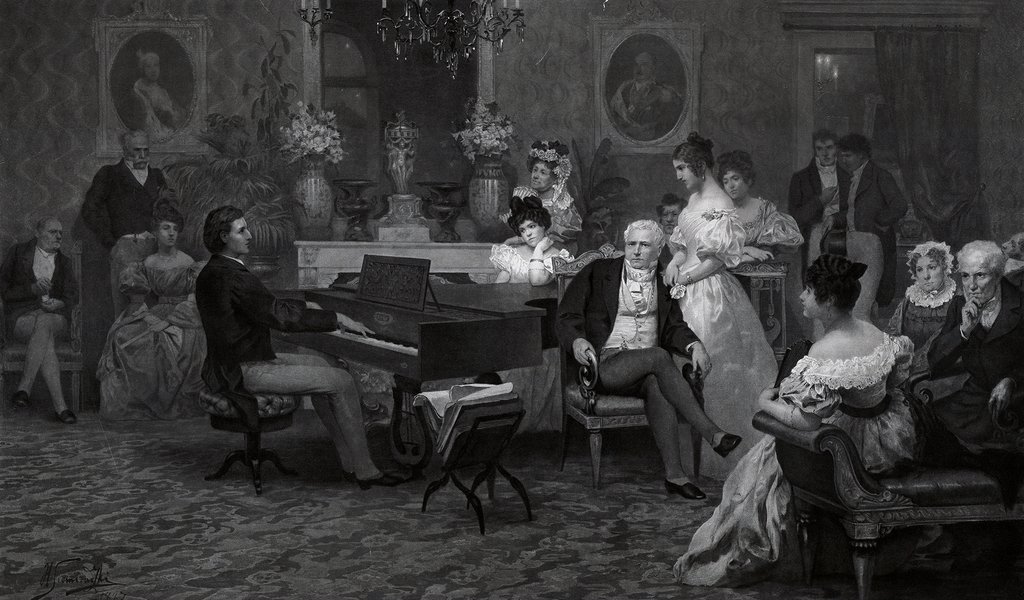 “A Varsovian by birth, a Pole in his heart, a citizen of the world by virtue of his talent,” is how Polish poet Cyprian Kamil Norwid described Frederic Chopin. The brilliant composer lived in Warsaw for over half of his life and his memory lives on in the places he lived and performed in. 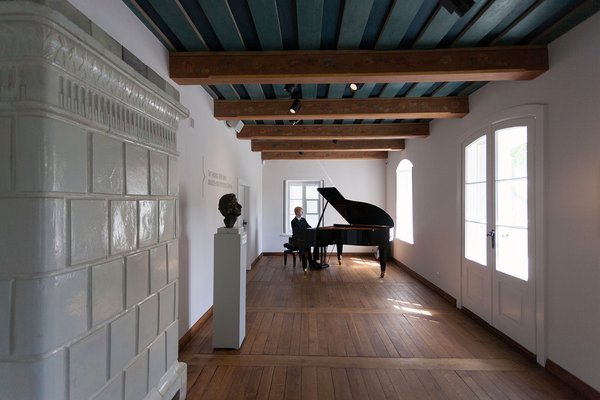 Chopin’s parents, poor aristocrat Justyna Krzyżanowska and the French immigrant Nicolas, met in the estate of the Skarbek family in Żelazowa Wola (54 km from Warsaw), where both used to work. After getting married, they lived in the extension of the palace, and that is where their son Frederic was born on 1 March 1810. Nothing remains of the original furnishing of the house, but museum specialists managed to capture the atmosphere of a Polish manor house from the beginning of the 19th century, and filled out the interiors with Biedermeier style furniture, portraits and knickknacks. Only the room in which Chopin was born is almost empty, apart from a grand piano, a bronze sculpture of the composer’s head and a bouquet of yellow flowers.

Tall chestnut trees cast a deep shadow over a roof covered with shingle, white walls and a porch supported on columns. Surrounding the house is a park, cut by the small Utrata River. Thanks to an ingenious amplification system, music can be heard in the farthest corners of the park appearing to flow over the trees. Chopin’s music is played by famous musicians every Sunday during the concert season, which spans from May to September each year. The Chopin route leads to Brochów, which is 11 km away. Close-by is a local parish church, a distinguished monument of 16th century defence architecture, in which Chopin was baptised and his parents were married. 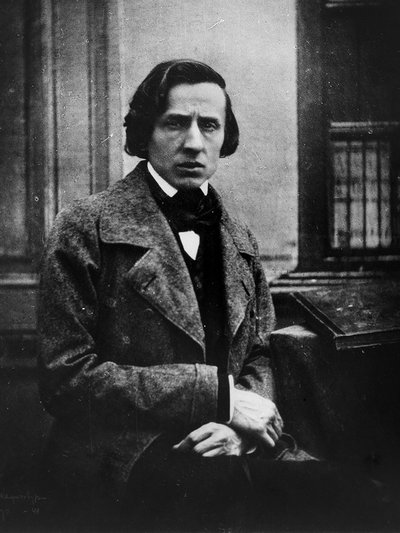 During numerous trips across Poland and vacations spent with his friends in the country, Chopin discovered and studied Polish folk music much deeper than anyone before him; this music would later become a source of unlimited inspiration for him, adding a unique quality to his works.

In Warsaw, the Chopin family moved several times. Their longest residence period was in the extension of the Kazimierz Palace (presently the Department of Oriental Studies and the Art History Institute of Warsaw University, Krakowskie Przedmieście 26/28), where they ran a highly regarded boarding school for boys.

The Chopin family home at the Czapski Palace (presently the Academy of the Fine Arts, Krakowskie Przedmieście 5), in which the artist spent his last years before leaving Poland, was a popular meeting spot for Warsaw’s elite. It was here that Chopin played e-minor and f-minor piano concertos for his friends before his premiere in the National Theatre. 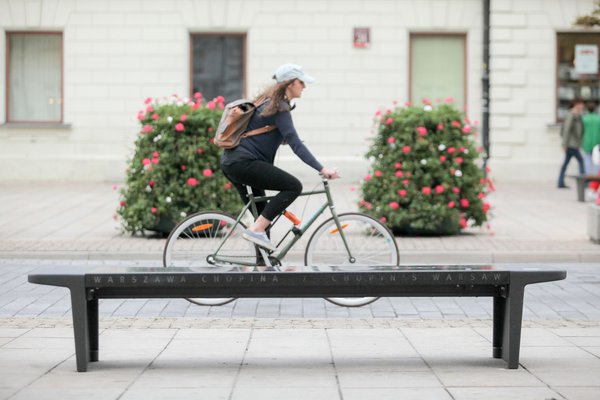 In 2010, on the 200th anniversary of Chopin’s birth, Warsaw honoured its most distinguished citizen by unveiling a walking route consisting of multimedia benches playing Chopin’s music. They have been set up in places connected to the composer. The majority can be found along the Royal Route, which is a scenic path connecting the Castle Square with Wilanów. The benches allow people walking by to listen to selected music pieces as well as download an application containing an audio guide and additional music.

One of Chopin’s favourite places was the Botanical Garden of the Warsaw University on the escarpment behind the Kazimierz Palace. Apart from plant specimens from all over the world, it also used to have plots of lettuce, cabbage and carrots, which the composer occasionally used to pluck as a pre-dinner snack.

In Royal Łazienki Park, Warsaw’s most beautiful park and most probably Chopin’s playground when he was a boy, a statue has been erected in honour of the composer – one of Warsaw’s most recognisable symbols. The statue is a copy of the original, built in 1926 but later destroyed by the Nazis during WW2. It shows Chopin striking an inspired pose, sitting underneath a windblown willow with his eyes closed and his hands raised over an invisible grand piano. Outdoor concerts are held every Sunday between May and September, during which every bench and spot on the lawn is filled with enchanted listeners. 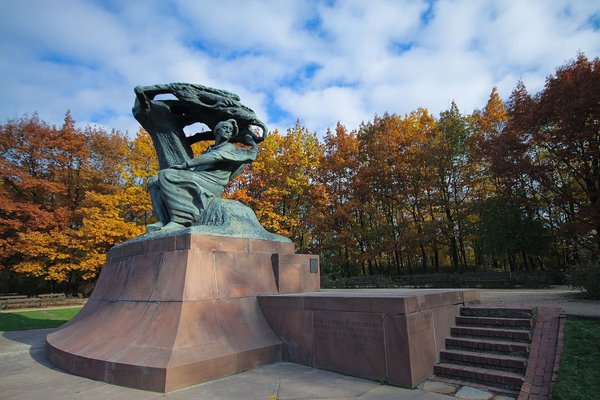 Chopin’s letters tell us that his favourite café was Pani Brzezińska on Kozia Street, which is no longer in existence. Chopin frequently walked along Miodowa Street, visiting book and music shops. Honoratka Miodowa Street 14 is the only facility he used to visit, that still exists to this day. In his time a specialty of the cafe was coffee with rum, a modern version of which is coffee with vanilla ice and “krupnik” – a sweet honey and spice liqueur developed according to the old Polish formula.

In the Wessel Palace (presently the Appellate Public Prosecutor’s Office and the National Institute of Justice, Krakowskie Przedmieście 25) was a postal office, and next to it a stage coach station. On 2nd November 1830 the twenty-year-old Chopin was bade farewell by his friends and travelled to Vienna to give concerts. At the time he was not aware of the fact that he would never be able to return to Poland.

At the Zamoyski Palace (Nowy Świat Street 67 and 69), Chopin’s younger sister, Izabella, rented a flat in which she kept memorabilia connected to her famous brother. In 1863, an attempted coup against the tsar’s governor was made from one of the building’s windows, leading the tsar’s soldiers to retaliate by ousting all inhabitants and burning their belongings, including Chopin’s piano. This event has claimed a special place in Polish history and culture.

One of the most important places on the Chopin route is the Holy Cross Church (Krakowskie Przedmieście 3). On one of the main nave columns there is a plate with the following inscription: “Where you keep your treasure is where you will find your heart. To Frederic Chopin - compatriots”. As the 39-year-old Chopin was dying in Paris, he was well aware that the Russian authorities would never allow for his body to be transported back to Poland. That is why he asked for only his heart to be brought back to his motherland. It was smuggled in a jar filled with spirits by his sister Ludwika, concealed under the crinoline. After many tribulations the urn containing the heart was bricked into a column of the Holy Cross Church – the Chopin family parish church. 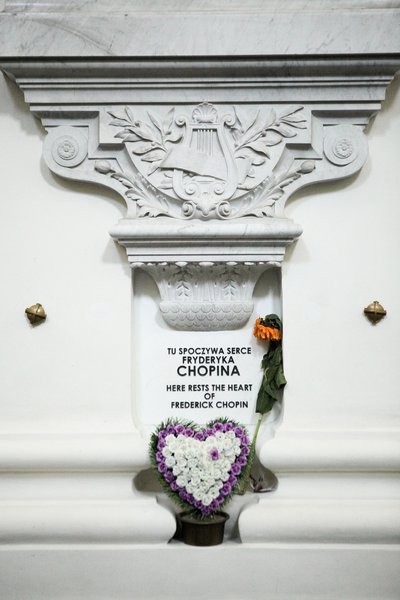 The musician’s closest relatives were buried at the Old Powązki Cemetery (Powązkowska Street 14). This is the oldest necropolis in Warsaw and a burial place of

The cemetery contains the graves of Chopin’s parents and three sisters as well as his teachers – Wojciech Żywny and Józef Elsner – and some of his friends. Frederic Chopin himself, however, was buried in the Père-Lachaise Cemetery in Paris.

The world’s biggest collection of Chopin artefacts can be found at the Frederic Chopin Museum in the Gniński Palace (Okólnik Street 1), which has been fully equipped with modern technological devices and multimedia displays. One can revisit this place several times and discover something new with each subsequent visit. “For a long time we wondered how to best present Chopin,” Maciej Janicki, the museum’s curator, told Polska.pl “Instead of a chronological sequence, we opted for so-called information islands. The objective was to assure also a diversity of multimedia forms”.

The exposition, taking up four storeys, weaves educational elements together with multi-media experiences in an innovative way. In the wider historical and cultural context, it shows the subsequent life stages and various sides of the composer – dedicated son and brother, patriot, brilliant composer, teacher and lover. Using a proximity card that activates the multimedia units, visitors can venture deeper into areas of particular interest to them while creating their own sightseeing track. They can, of course, also listen to Chopin’s music, which apart from the artist himself is the main hero of the exposition.

There is also a wide variety of Chopin mementos on display, including gold breast pins, a candy box, a paperweight, a watch and the last Ignace Pleyel grand piano from his Paris apartment. The most valuable exhibits comprise his written materials: complete works and their fragments, sketches and notes, letters, dedications, drawings, and even a school calligraphy notebook. 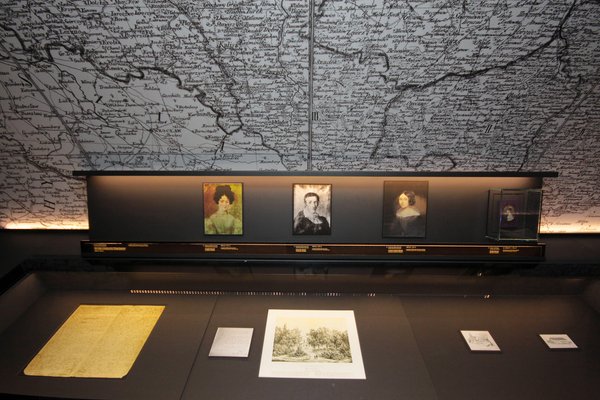 “We have Chopin’s pocket diaries containing his various notes, such as a reminder to buy wood for the fireplace and pay the servant for his ties,” says Maciej Janicki. “The last pocketbook contains only various information on physicians”.

Numerous images of Chopin – oil paintings, watercolours, drawings, sculptures – appear to be slightly idealised as compared to the only known photograph of the composer from ca. 1846, which shows a grimaced face with small beady eyes and big nose. There are also two death masks and a cast of his left hand – quite slim and flaccid.

With bated breath I listen to recordings of Chopin’s letters. "Coughing and croaking, with love for you" he wrote to his friend, Wojciech Grzymała. “My Dearest Life. Come and see me if you can. I am weak and no doctors can help me as well as you can.” – he asked his sister Ludwika shortly before he died. I never felt so close to Chopin before.