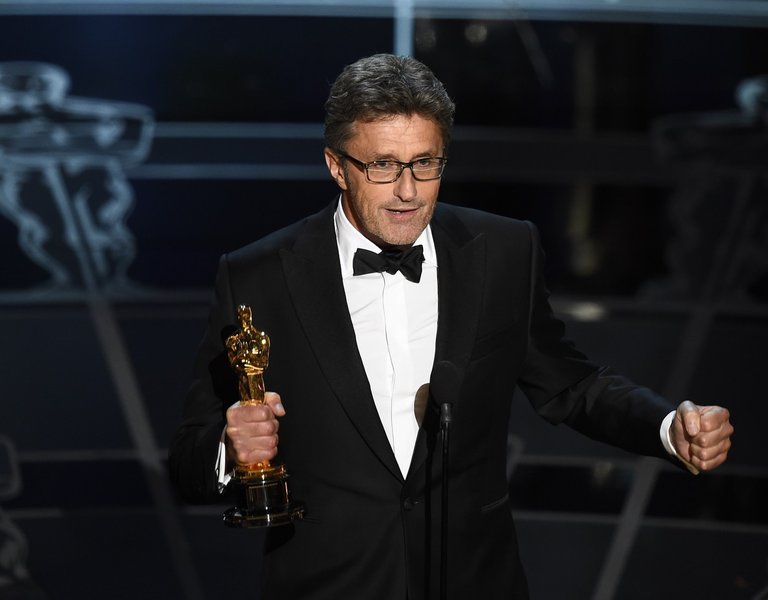 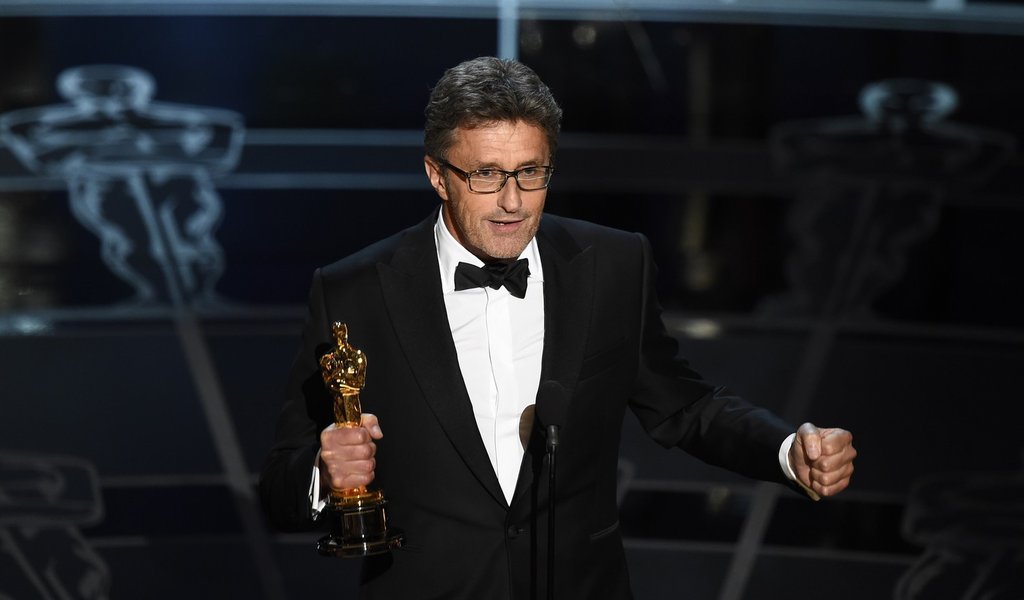 Paweł Pawlikowski’s Ida has got an Oscar! It is the first Polish motion picture that has received the most prestigious film industry award in the Best Foreign Language Film category.

“Mr Pawlikowski has made one of the finest European films (and one of most insightful films about Europe, past and present) in recent memory,” Anthony Oliver Scott, chief film critic for the New York Times, told Polska.pl. According to Mr Scott, the film has some of the structure and feeling of an ancient folk tale. “It is a breathtakingly concise film with a clear, simple narrative line. But within its relatively brief duration and its narrow black-and-white frames, the movie somehow contains a cosmos of guilt, violence and pain,” he wrote in the NYT review published in 2014. 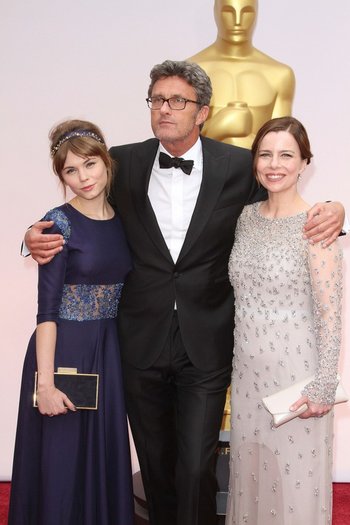 The story of Anna, a novitiate nun who before taking her holy vows is ordered by the mother superior to confront her past, has a surprisingly untypical form. It has been shot in black and white, compactly and intimately. The tale of a Jewish orphan who, with the help from her aunt—Stalinist prosecutor Wanda Gruz (played by the enthusiastically acclaimed Agata Kulesza)—discovers her family’s harrowing past, has moved the international audiences. The picture has drawn over a million viewers abroad, ten times as many as in Poland (120,000).

“Of course many Americans can’t fully grasp the complexities of this film. Many Poles have trouble understanding this film as well. The intertwined history between Polish-Jews and Polish Catholics can be perplexing even for those who study it. But even those who do not know this can see that there is a Pole who killed Jews, and a Polish-Jewish judge who put Polish war heroes to death,” Alex Storożyński, a recognized New York publicist and historian of Polish origin, Pulitzer laureate and the author of Tadeusz Kościuszko’s biography, told Polska.pl. “The incredible cinematography and story of this film goes beyond that as a piece of art. There is little dialogue, yet the characters say so much. The film is so stark, so minimalist, that you must look at the expressions of Ida’s face for clues, rather than being hit over the head with the hammer of history. It is about a human being. A woman, a Jewish woman, has a choice between a storybook life of love, marriage and children, and instead dedicates herself to Jesus. Life can be complicated. And life under totalitarianism is even more complicated. So for some, a life of prayer and meditation is preferable”, adds Alex Storożyński. 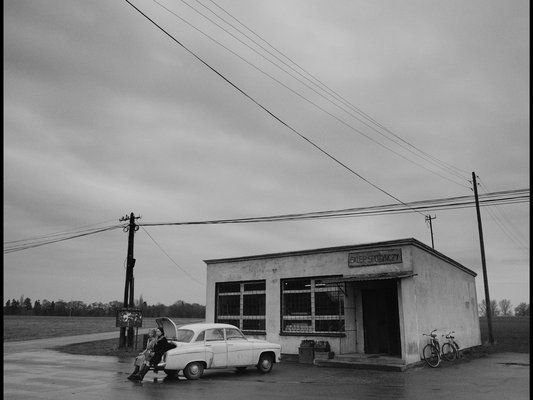 Ida at the Museum of Cinematography

The Museum of Cinematography in Lodz has prepared a real feast for the lovers of this most acclaimed Polish film in recent years. From 6 February until 31 May 2015, #IdaTheFilm. Polish History on the Screens around the World will present successive stages of the film’s production, including actors rehearsing their parts and pieces of the set. Exhibits include the vintage 1965 Wartburg 312 De Luxe which carried the two protagonists, Anna and Wanda. The exhibition will also feature photographs taken during the film’s production and awards it has so far gathered worldwide.

Foreign critics praise the film’s artistic value. Patrick McGavin from Chicago gives the following rationale for picking Ida as one of the best 2014 pictures: “The austere black and white photography achieves a deft, eerie likeness to newsreel, especially the cold, almost medieval architecture and the empty landscapes. (…) Ida is about two forms of horror collapsing against each other, the abuses perpetrated during the war framed against the privation of post-war Communism.”

Sheila O’Malley, a New York-based critic who ranked Ida as the best 2014 film, adds: “Ida is one of those miraculous films where the images on the screen are so startling, so unique, so themselves, that the visuals take on a whole subterranean level of meaning, coursing beneath the actual plot.” 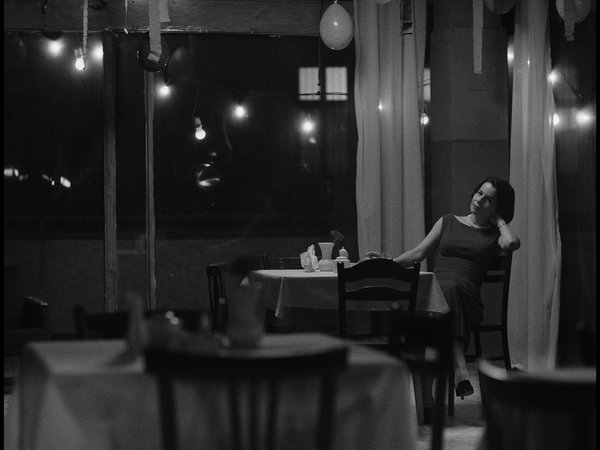 “The world is enthralled by the story about a choice made by a young girl and about what drives her to such a choice. It’s very intimate cinema, close to itself, modest and honest. The film is so well-liked abroad because it takes a very close picture of man,” says Maja Staniszewska, a film critic of the Metro daily. She adds that Ida’s strength lies in understatement: “It’s appealing that the viewer guesses the story; works it out from bits of conversations. It’s an artistic movie; honest, moving and subtle cinema that has resonated well among foreign audiences just because of its subtlety and understatement,” thinks Ms Staniszewska.

“I was sure that Ida was going for an Oscar,” Dr Michał Oleszczyk, artistic director of the Gdynia Film Festival, film expert and critic, tells Polska.pl. “It’s a film that can be liked for a number of reasons: first, it presents the complexity of Poland’s 20th century history in a clear and lucid way, using the road movie convention; second, it starts off with a brilliant idea: a Jewish nun and Stalinist female prosecutor represent a classic example of the so-called odd couple, which is based on contrasts. Third, the film’s form alludes to the cinema of the 1960s, evoking nostalgia for different times, in the same vein as Peter Bogdanovich once did, for example, in his Paper Moon and the Last Picture Show,” explains Mr Oleszczyk.

Ida has been nominated for an American Academy Award in two categories: for best foreign language movie and for photography by Łukasz Żal and Ryszard Lenczewski. Before that, it was showered with awards at European and international film festivals, wining over 100 prizes, including a Goya Award, dubbed a Spanish equivalent of the Oscar, and a British Oscar—a British Academy of Film and Television Arts (BAFTA) award.

Other Polish nominations in 2015

Two documentary shorts nominated for Oscars, Joanna and Our Curse, both based on true events previously described on blogs, recount the intimate experiences of modern Poles. None of them, unfortunately, was honoured with the Academy Award. 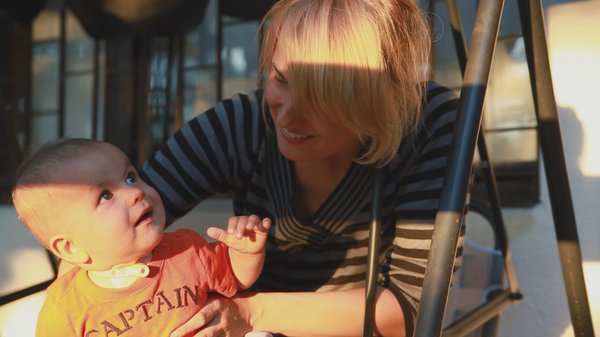 Our Curse is the story of little Leo, born with an incurable disease—the Ondine’s curse. The boy requires lifetime mechanical ventillation during sleep otherwise he will stop breathing. Leo is the son of the film’s director, Tomasz Śliwiński. He and his wife, Magda Hueckel, describe the everyday struggle for the boy’s life on a blog. It was the parents’ decision to make a film about Leo. They wanted to show other parents of terminally-ill children that they are not alone in their fight.

Aneta Kopacz’s Joanna tells the story of Joanna Sałyga, a beneficiary of the Rak’n’Roll foundation, a woman who described her struggle with cancer on a very popular blog called Headscarf. The film shows the woman’s last holidays spent with her husband and son. It tackles the challenging topic of life and death in a very tactful and sensitive manner. ”It is not an easy task to find an astonishing story for a documentary. It is even more difficult to tell it in a movie. Yet, the most difficult part is to get so close to the protagonists of our story as if they were our nearest and dearest. In order to achieve this, a great heart is needed, which is exactly what Aneta Kopacz showed in her movie Joanna,” said Andrzej Wajda, winner of an Oscar for lifetime achievement, who co-produced the film, alongside Wojciech Markowski of Wajda Studio and Michał Merczyński, the director of the Polish National Audiovisual Institute. The film’s director of photography is Łukasz Żal, nominated for the Oscar in the Best Cinematography category for his work in Ida. The original score was composed by Jan A.P. Kaczmarek, who won an Oscar in 2005 for the music in Finding Neverland. 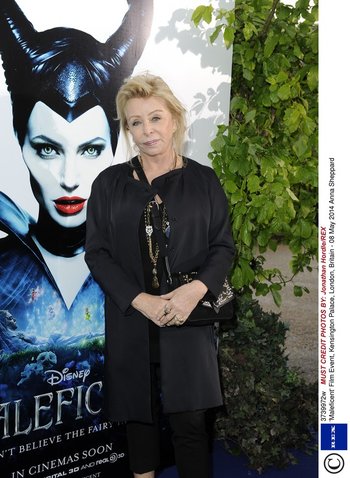 According to Tadeusz Sobolewski, Gazeta Wyborcza’s film critic, the nominations for Polish documentary films, a genre that has been neglected and scarcely founded in our country in recent years, prove the outstanding artistic level of Polish filmmakers.

The nomination for Anna Biedrzycka-Sheppard (shared with Jane Clive) for best costumes in Richard Stromberg’s Maleficent starring Angelina Jolie can also be called a “Polish” one. The 69-year-old Polish costume designer has been nominated twice before: in 1994, for Schindler’s List and in 2003, for the Pianist.

None of the nine Polish feature-length films nominated for best foreign language movie has won an Oscar: Roman Polański’s Knife in the Water in 1963, Jerzy Kawalerowicz’s Pharaoh, which was tipped as a favourite three years later, the Deluge by Jerzy Hoffman in 1974, nor Nights and Days by Jerzy Antczak in 1975. Four movies directed by Andrzej Wajda: the Promised Land in 1976, the Young Girls of Wilko in 1979, Man of Iron in 1981 and Katyń in 2007 all did not receive any Oscars. Agnieszka Holland’s In Darkness was also an Oscar nominee in 2011. Ida by Paweł Pawlikowski is the first Oscar-wining full-length feature.