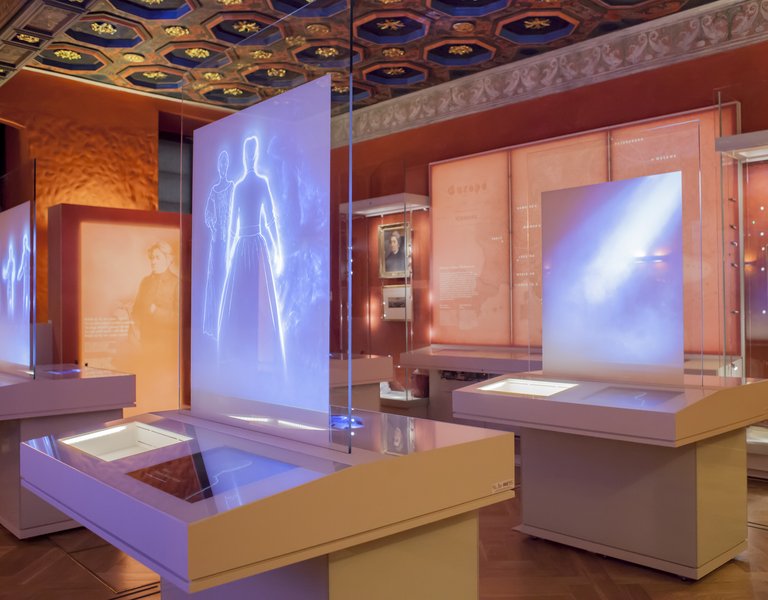 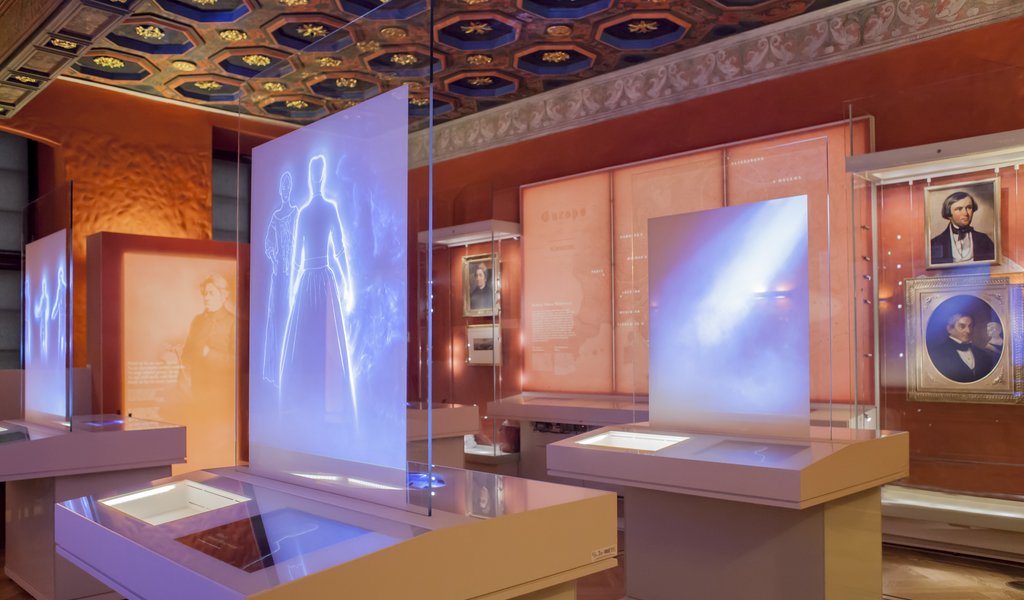 “Pan Tadeusz” given own museum

A Pan Tadeusz Museum has been opened in an old town house named “Under the Golden Sun” on Wroclaw’s Main Market Square. The event marks one of the most important initiatives in recent years by the National Ossoliński Institute, or Ossolineum, a library and museum collection founded in 1817 which is also Poland’s oldest publishing house.

The exhibition is built around a manuscript of “Pan Tadeusz” by Adam Mickiewicz, who already during his own lifetime was regarded as Poland’s greatest poet. Mickiewicz started working on the poem in 1832, in Paris, and the piece was published two years later.

“Pan Tadeusz” consists of twelve books written in verse. The plot takes part over several days in 1811 and 1812, during a neighbourly gathering in Lithuania’s Soplicowo. Combining various conventions (historical novels, heroic poems, satire, Walter Scott-style stories, oral tales and pastoral literature) and themes (romance, independence struggles, castle disputes and the Stolnik, a member of the court responsible for serving the royal table). Mickiewicz succinctly depicts members of the Polish gentry, customs and nature scenes. He created a one of its kind, nostalgic portrayal of the life of the Polish aristocracy during the time of the partitions. In the last books, he describes how the Napoleonic Army marching on Moscow unites the conflicting protagonists in their sense of patriotic duty and hope for the imminent chance to fight for Polish independence.

The work immediately gained the status of a national epic, from the moment it was published it provoked radically different opinions – from praise to sharp critique. To this day, its significance and influence on the language, imagination and mentality of Poles remains unabated. It still influences the work of artists and writers and the dialogue with Mickiewiczian tradition continues within Polish culture. Pan Tadeusz, the masterpiece of epic poetry, is the most valuable manuscript within the Ossolineum collection. “We created the narrative of the exhibition around it, trying to show visitors all possible contexts and ways in which they can interpret the work,” Marcin Hamkało, the Deputy Director of the Ossolineum, told Polska.pl. 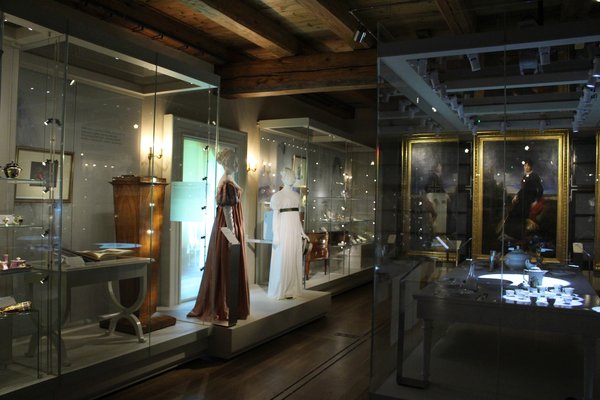 The exhibition takes us on a journey in time to the realities of the Romantic era. In the 16 rooms dedicated to separate issues we learn about the historical context behind Mickiewicz’s masterpiece (the disintegration of the state and loss of independence, the partitions, national liberation surges), the stormy fate of the author himself, art and literature during the Romantic era, aristocratic customs and salon etiquette.

“We tried to capture the mutual influences and connections of these themes and to show how much the past and tradition, as well as literary works, continue to have an impact on the present,” Marcin Hamkało says. “We hope that the exhibition will encourage visitors to have a discussion about fundamental values such as freedom, truth, identity, memory and patriotism,” he added.

The original version of “Pan Tadeusz” – a notebook in a soft cardboard frame, consists of 48 pages and fragments thereof as well as an album counting 91 pages in a red leather frame with gold imprints – is kept in a special casket in a safe, for conservation reasons. It is exhibited only on special occasions. When not on display, it is replaced with an exquisitely reproduced replica.

“Text from “Pan Tadeusz” appears in the museum in many different forms, for example in the form of quotes carefully chosen for individual themes of the display,” Hamkało says. “At special points it is possible to hear fragments of the work. We have also prepared computerised segments of the text and enlarged versions of the original. Thanks to touch screens we are able to see its entirety up close, turning the pages and enlarged them so that one can even see the fibres of the paper itself,” Hamkało adds.

The visitors’ path then leads to the offices of witnesses of history dedicated to famous Poles and Ossolineum donors, including: Jan Nowak-Jeziorański – a courier and emissary shuttling between the commanders of the Home Army and the Polish Government in Exile in London during World War II and director of the Polish section of Radio Free Europe after the war – as well as Władysław Bartoszewski, a prisoner at Auschwitz concentration camp, the co-founder of the Polish Council to Aid Jews (“Żegota”) and later Polish Foreign Minister. Their life stories are connected to the freedom fighters of the Romantic era, for although they grew up 123 years after the partitions of Poland, in 1939 they chose to once again fight for Polish independence.

“Looking at the lives of Władysław Bartoszewski and Jan Nowak-Jeziorański we show in what ways the moral imperative of Polish Romanticism has influenced people who have the courage to confront reality and change it for the better,” Hamkało says.

Towards the end of their lives, both men gave the Ossolineun huge collections of items documenting their wartime activity as well as priceless works of art that are on display today. They include a gun, medals and awards, resistance newspapers, posters and flyers from WWII, underground publications from the Martial Law period, extensive correspondence with famous post-war émigré personalities, paintings by Jan Matejko and Leon Wyczółkowski as well as watercolours and drawings by Cyprian Kamil Norwid.

“The exhibition is a visual spectacle, which creates the impression of participating in something amazing,” Hamkało says. “After all, it is possible to talk about a literary work in an attractive and modern way, using games and multimedia that attract attention and encourage deeper interaction. The process of acquiring knowledge or facts starts with having fun.

The creators of the museum applied a mapping process, whereby video projectors displayed images and compelling animations on various objects. This completely changed their texture, shape and colour and created the illusion of movement. Also in place are steam screens in the form of a spatial image, through which you can freely move. 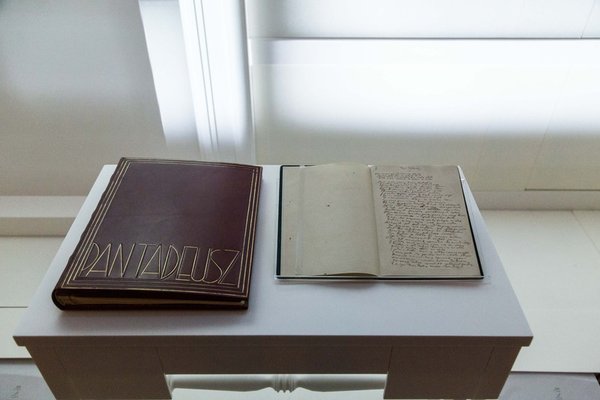 During Mickiewicz’s lifetime, the “Pan Tadeusz” manuscript was bought on two occasions by his friends in order to relieve his financial problems. With time, the manuscript came back to him as a gift from the buyers. After his death, it fell in the hands of his oldest son Wladyslaw. In 1871 the manuscript was bought by the literature historian Prof. Stanislaw Tarnowski, the chancellor of Jagiellonian University, who commissioned the creation of an ebony casket decorated with carvings in ivory to store the work. After his death, the manuscript was passed on to his son Hieronim who sold it to his uncle Zdzislaw in 1929. In the first days of World War II, the owners of the manuscript stored it in the Ossolinski National Library in Lvov after which, following many tribulations, it reached the Ossolineum in Wroclaw in 1947. Here it was supplemented with fragments scattered in the 19th century and during World War II. In 1999, the heir of the manuscript, Jan Artur Tarnowski, sold it to the city of Wroclaw for 200,000 dollars (one-third of its value at the time), and the city then passed it to the Ossolineum. In 2014, the manuscript was added to the Polish National List of the UNESCO Memory of the World Programme.