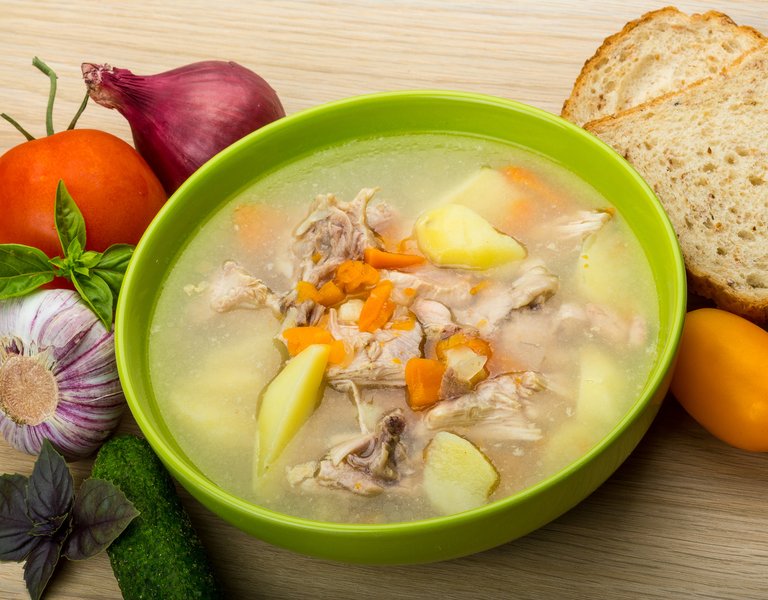 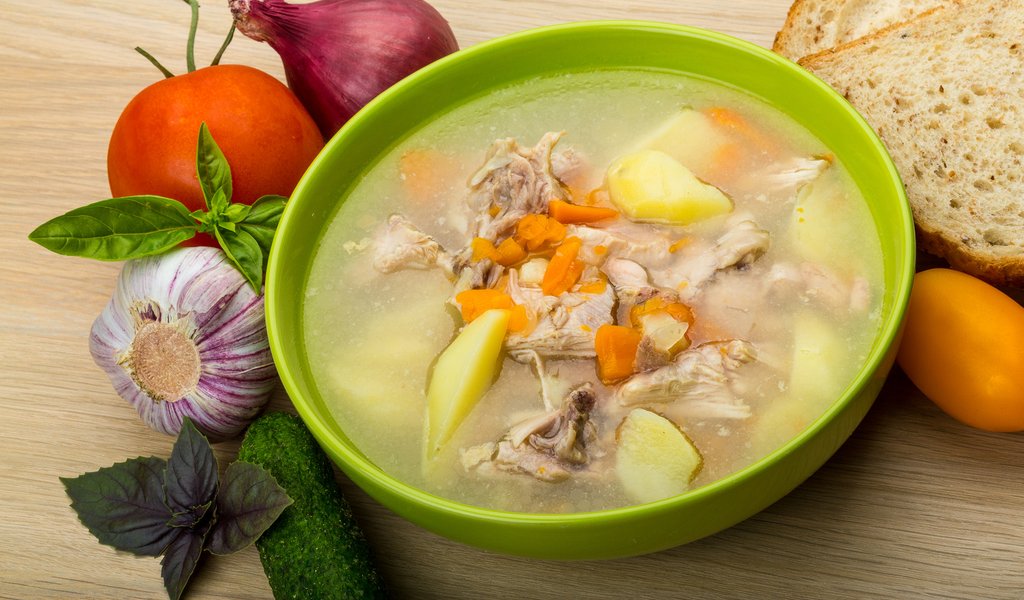 The symbol of home cooking. A substantial, hot stock made from meat and vegetables, unthickened and clear, broth is the king of Polish soups.

Broth is made from poultry (most often hen or chicken, but also goose, pheasant or quail), beef, or lamb. Broth made from eels, especially young ones, is also highly valued. Broth is the most frequently served Sunday soup in Polish homes.

There are as many ways of preparing broth as there are cooks and housewives. Some people add a scorched onion, some choose liver and others still prepare a stock made from bones. In each case, simmering is the essence of a delicious brothh. You should start with cold water, put the ingredients into the water and bring everything to a boil. Then the soup should simmer for several hours.Due to this process, substances and tastes are retrieved from the meat and vegetables (carrot, root parsley and celery, leek, cabbage leaves and onion) and after having been seasoned, the stock becomes a broth. When cooking the broth, you should remember about skimming, i.e. using a skimmer to removing scum caused by coagulated protein.

There are countless ingredients used to garnish the broth. It may be served with capellini pasta, sliced pancakes, croutons, kołduny dumplings, cooked and chopped farina, veal meatballs or fried button mushrooms or porcini.

Broth is usually served to boost health. In her book Jak gotować [How to Cook] dated 1934, Maria Disslowa wrote that “broth contains agitating ingredients which have a positive impact on stomach activity”. This is certainly theperfect soup for cold autumns and winters.

On October 14, the Broth Festival was organised by the Local Action Group “Dolina Raby” in Tomaszkowice near Wieliczka. 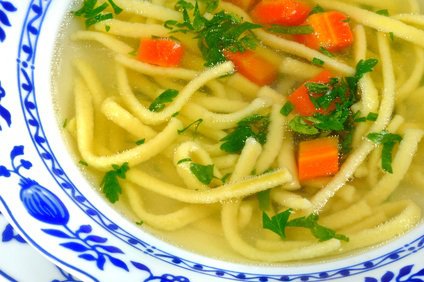 “Take a piece of meat, cut off excess fat, add some cut bones, and a piece of beef liver. Rinse them carefully. Put them into the boiling water.

When the meat is brought to a boil, skim the stock. Then add some salt and vegetables: two or three carrots, four sliced leeks, celery leaves, several sprigs of parsley and dill; add two cloves of garlic, half of an onion with a clove, and if you want to have a golden broth, add a half of scorched onion, one shallot, several black pepper peas, a small piece of cinnamon and a bay leaf. (…) add giblets, paws, neck and livers. All of these will improve the taste of your broth. Simmer for at least six hours. When it turns golden, take the soup off the fire and let it cool a little, skim the fat, sieve the broth to a container and add whatever you like to it.”

Rinse mushrooms and soak in a small quantity of boiled water. Put rinsed beef into saucepan, cover with two litres of water, bring to a boil, simmer for about 30 minutes, skimming frequently. Add rinsed and peeled carrots, onion, roots, thyme, soaked mushrooms and sprigs of parsley. Simmer for about 1 hour and sieve.  Remove membrane from liver, rinse, dry and cut into cubes. Move to saucepan, pour sieved broth, bring to a boil, add sliced mushrooms and hen meat, season to taste with salt and pepper. Serve with pasta, fine-milled buckwheat cubes or French dumplings, topped with chopped parsley.