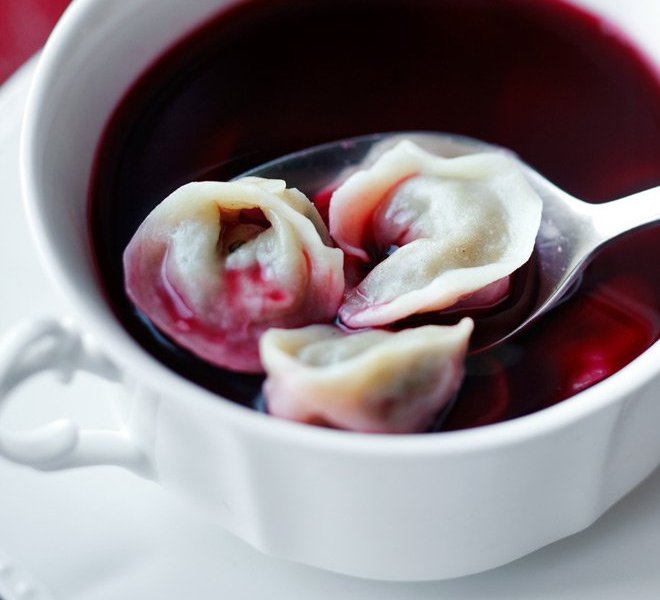 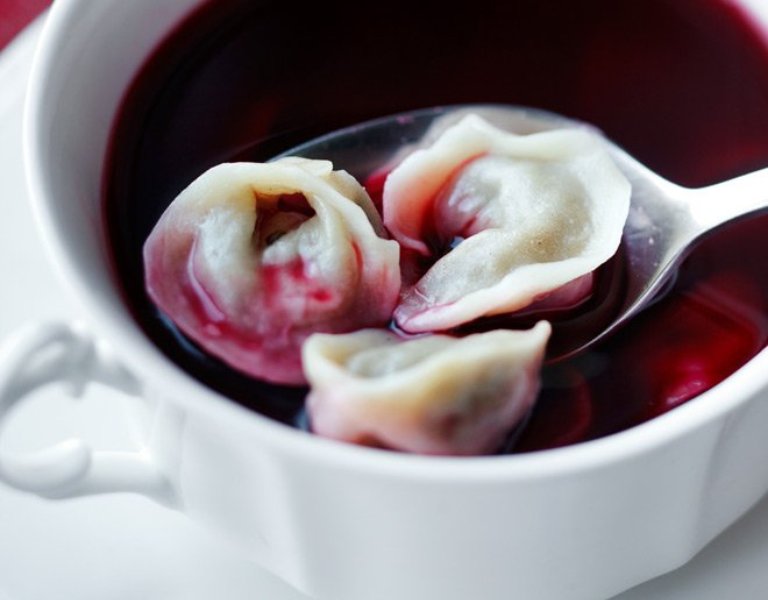 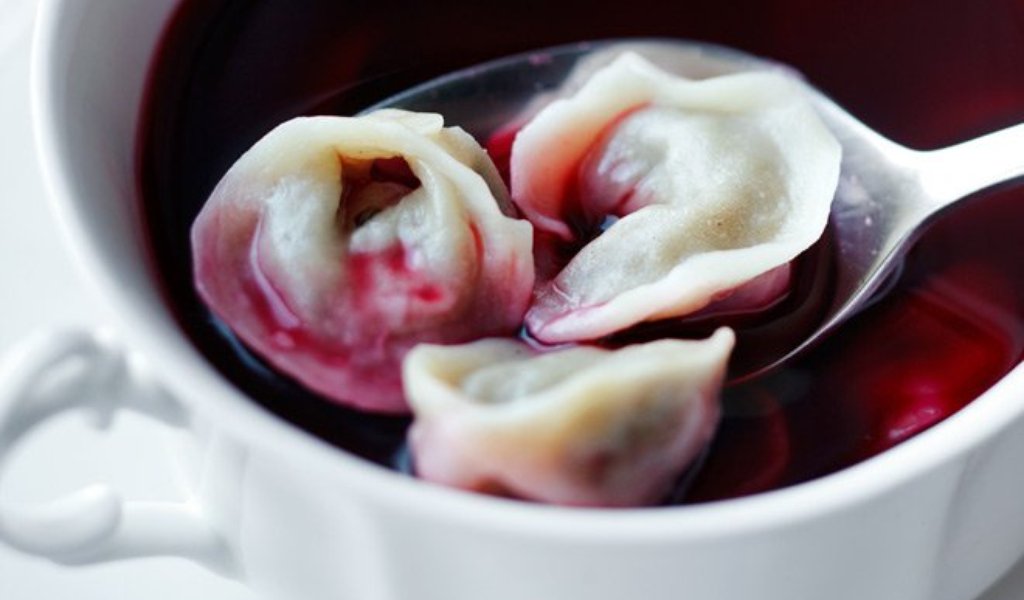 Polish cuisine is famous for its soups, which is why they have to be on the Christmas table. The most popular is borscht – sour soup made of beetroot. It is served with small dumplings filled with cabbage and mushrooms.

Christmas Eve barszcz is not made with meat stock, so it may be somewhat difficult to season. It may seem on the bland side, especially if you use stock cubes and Vegeta-type seasoning on a daily basis. If need be, bottled beetroot concentrate may be used to improve the flavour (but it is rather intensive so several tablespoons should be enough).

You will find an original recipe in Polish HERE.