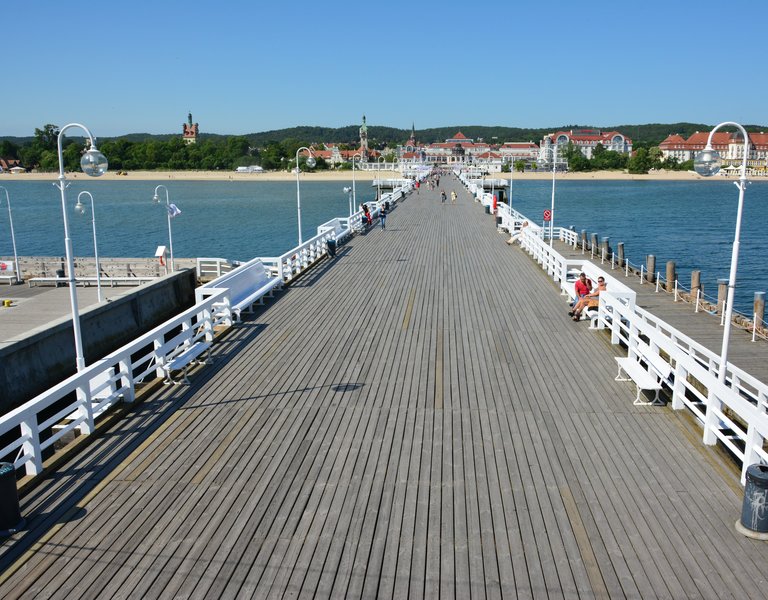 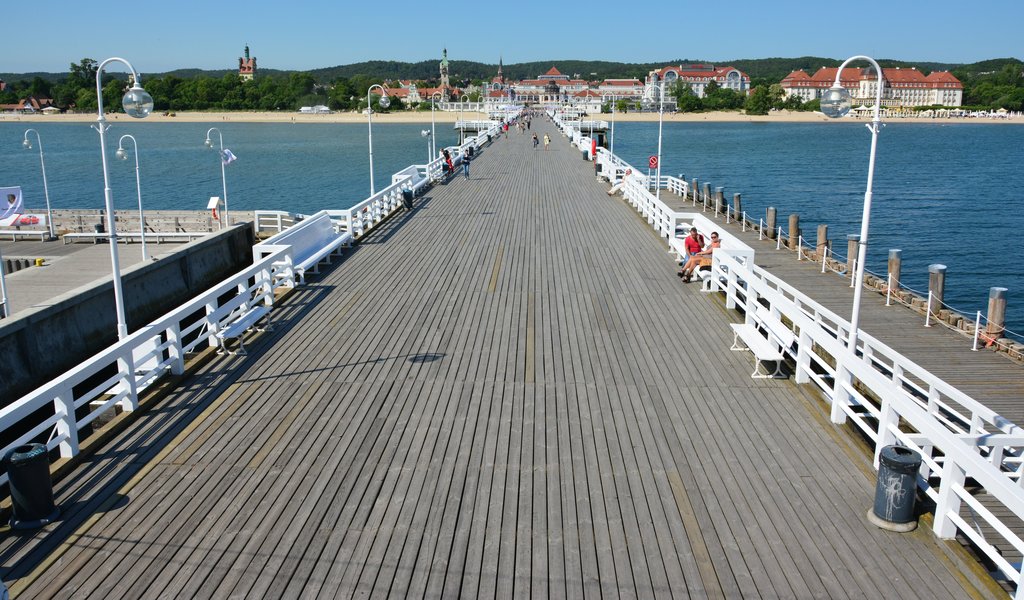 The longest wooden pier in Europe is the pride of Sopot. The place buzzes with life in the summer when, besides lounging in deck chairs, you can listen to concerts, watch outdoor movies and shows or take part in sports competitions.

Sopot and its pier have been inseparable for nearly 200 years. The first 31.5 metre-long pier was built here in 1827. It used to be taken apart before winter for fear of storms and then put back in place in the spring, its length growing each time a little bit.

The pier served as a jetty for fishing boats and a venue for balls and parties; sometimes bankrupt gamblers from the nearby casino would throw themselves from it.

Today with its 511.5 metres it is Europe’s longest wooden pier. From the shore, it looks like a broad boulevard vanishing into the sea. Its railings, benches and lamps, whose white colour evokes sailor suits, contrast with grey deck boards and the dark blue sea. 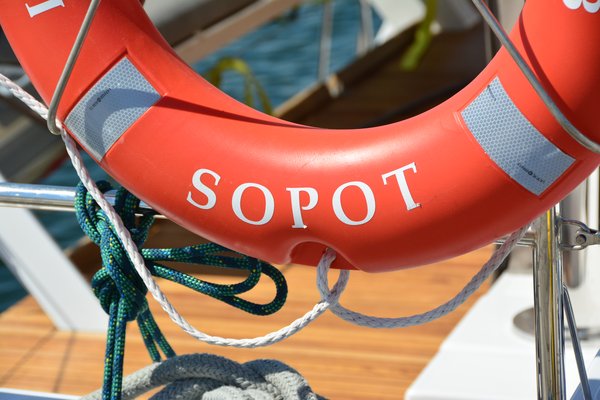 The pier has not changed much since the major overhaul in 1928. Today all repairs are supervised by a conservator. He did not allow the replacement of the impressive wooden piles, which support the whole structure, with more resistant, concrete ones. He only gave his consent to covering the pier’s tip, continuously washed away by storms, with a reinforced concrete head during the general renovation between 1989 and 1991. In the following years, some of the old piles were replaced with new ones, also made of wood. Today’s pier hardly differs from that portrayed in the pre-war photographs.

A ship taking tourists for cruises around Gdansk Bay in the summer moors to the pier head. There is also a restaurant with a garden and a marina built in 2011. The pier offers stunning views of Sopot’s elegant district, separated from the sea by a strip of the yellow beach sand. It overlooks Skwer Kuracyjny (Spa Square) with its historic fountain, and the glass facades of Dom Zdrojowy (Spa House) at the rear, with its restaurants, shops, a tourist information point, a conference centre and a spa. You can take a glass lift to the third floor, take the best seat on the balcony of the local café and admire the view of the pier, having an espresso and a sip of brine from St Adalbert spring that spurts from 800 m below (the tap and brine are freely available to the public).

On the left side of the square stands the building of the Balneological Institute from 1904 with its distinctive, cartoon-like tower. You can enjoy healing baths and massages there. As its commemorative plaque reads, the first institute was built in this place in 1823 by Jean George Haffner, an Alsatian from the town of Colmar and a doctor in the Napoleonic army. Thanks to him, Sopot became a famous resort, attracting visitors from all over Europe. 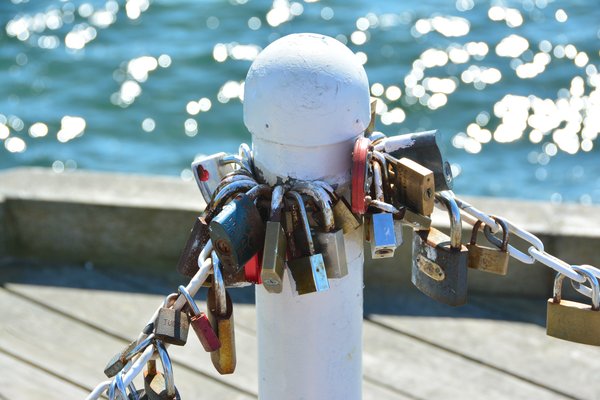 Opened in 1920, the Sopot Casino brought prestige and popularity to the town and earned it its new name, the Monte Carlo of the North. It was for the Casino’s clients that the Grand Hotel was built in 1927 on the right side of the square. The hotel was a sign of the extraordinary glamour and luxury and was famous for its bathroom taps running with seawater. Suite no. 226 hosted such personages as Greta Garbo, Marlene Dietrich, Charles de Gaulle, Fidel Castro and the Shah of Iran Mohammad Reza Pahlavi. After the outbreak of World War II in September 1939, the Grand Hotel was the residence of Nazi leaders: Adolf Hitler, Hermann Göring and Heinrich Himmler.

The pier continues on the shore as Bohaterów Monte Cassino (Heroes of Monte Cassino) street, referred to as Monciak, one of the most famous pedestrian zones in Poland. Its highlight stands at no. 53: Krzywy Domek, "Crooked Little House," with interesting architecture. Its designers were inspired by fairy tale drawings of the most famous Polish illustrator of children's books, Jan Marcin Szancer, and the Swedish graphic artist Per Dahlberg. The Crooked Little House does not have a single straight line and it looks as if it were melting from heat. It tops the list of the world’s 50 most bizarre buildings on the villageofjoy.com web portal.