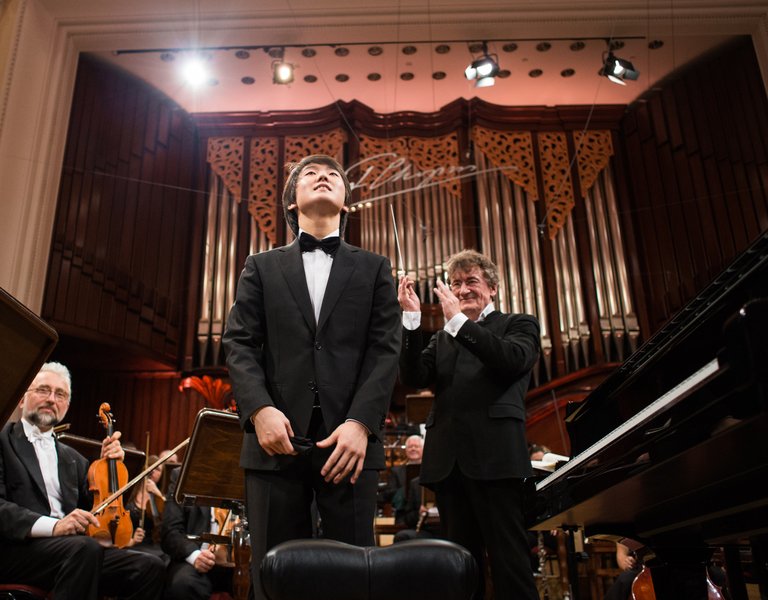 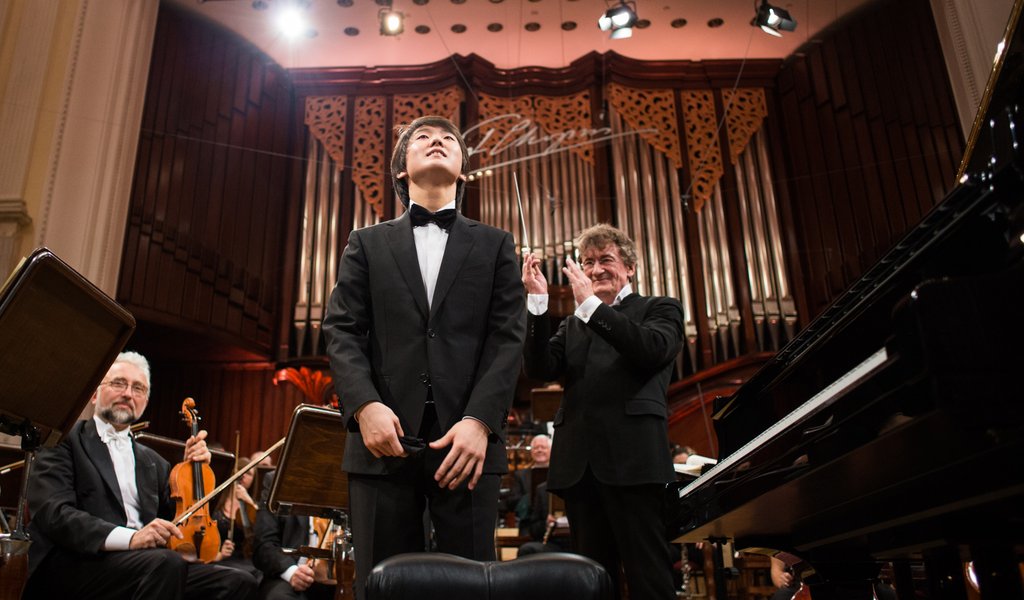 I try to make sound speak

Seong-Jin Cho, winner of the 17th International Chopin Piano Competition in Warsaw, tells Polska.pl about his love for Chopin’s music, eating cakes as a second hobby, and what he likes about Poland. 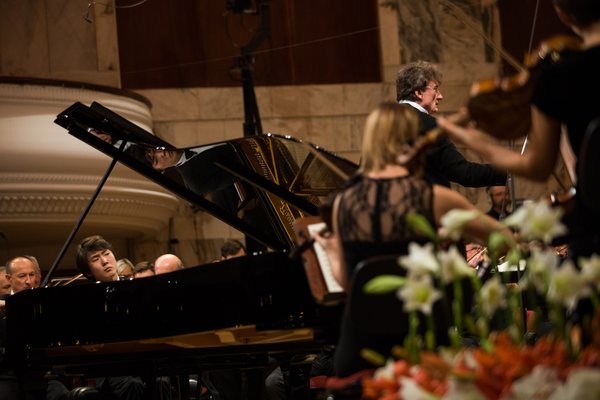 Magdalena Majewska, Polska.pl: Musical critics say that you are a perfectionist. You did not miss even a single note while playing. What do you do to remember everything?

Seong-Jin Cho*: It is not true. I have never thought it essential for me to play music faultlessly. During the Chopin Competition I played some wrong notes but maybe less than the others. I tried to make the sound speak. Maybe my sound was a bit clearer than that of the others and music critics heard it as very clear and maybe they considered it to be almost perfect. But in my opinion music cannot be perfect.

How did you prepare for the competition? Apart from practicing to play did you also read about Chopin, about Poland? Did you try to get to know the Polish soul?

Two things were very helpful for me. There is a French book called "Chopin vu par ses élèves'' (Chopin: Pianist and Teacher: As Seen by his Pupils) by Jean-Jacques Eigeldinger. It is a very popular book in France and Switzerland. The second one is performances by Ignacy Friedman [ed. Polish pianist living in 1882-1948] His mazurkas were a point of reference for me. I got a feeling for mazurkas and polonaise from his performances.

What do you like about Chopin? What is so special about his music that makes it speak to so many people from all over the world?

Chopin wrote almost 99 percent of his music for the piano. So for a pianist, first of all, it means he gives us a job. Without his music maybe we would not have anything to do. I’m just kidding of course. Chopin is a very special composer because he has so many colours in his music. For instance a concerto is very youthful and pure while a sonata is totally different – tragic and so dramatic. Preludes are so deep you can feel in them all kinds of human emotions. That is why he is very difficult to play.

Do you have a favourite piece written by Chopin?

I cannot pick only one piece but generally I like all preludes and sonata Nr 2. I also really like Polonaise Fantasy.

Which other composers do you like apart from Chopin?

I like Schubert, Mozart, Beethoven, Prokofiev and also Schumann. They all have their own story to tell, their own drama which seems very special for me. 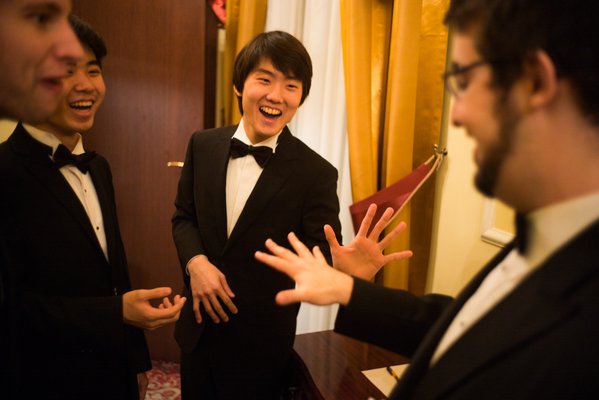 Results of the 17th International Chopin Piano Competition in Warsaw:

Do you have other hobbies apart from music?

I live in Paris and there are many restaurants and bakeries with croissants and desert cakes that are fantastic. So I just search the internet to find a good desert shop. I go there and buy different cakes and compare them. This is my hobby. I like Italian food the best and tiramisu is my favorite cake.

Yes, I think it is very good. I like pierogi. And beer is quite good in Poland. But I have not tried Polish sweets.

Poland is very beautiful. I visited the Old Town in Warsaw and it made a big impression on me. I used to think that Prague and Budapest were more beautiful than Poland but when I walked through Warsaw’s Old Town, I changed my mind. I visited Krakow. I like the Polish audience because I think they really enjoy and love Chopin’s music. They are passionate about it.

Every day is different. I practice maximum for five hours, generally four hours a day – in two two-hour sets. I go to a bread shop to buy a sandwich and a cake. I also go to school. Sometimes I go to a concert, other times I drink wine with my friends. It is a very simple life. I’m quite a lazy person. I sleep a lot.

Who is your idol among pianists?

Since I was a child Krystian Zimmerman has been my idol. I also like Rafał Blechacz and a Romanian pianist called Radu Lupu.

Why did you decide to take part in the Chopin Piano Competition?

My aim is to be a concert pianist. It is obvious that the Chopin competition in Warsaw is one of the most popular and best piano competitions in the world and many pianists want to participate in it. Since I was eleven I really wanted to take part in it. I heard Rafał Blechacz performing in the competition in 2005. I was touched by his music and wanted to follow in his footsteps.

What are your plans for after the competition?

I have plenty of concerts to play. I will travel a lot. I’m a little worried about this because I do not want to leave people disappointed but still I’m so excited. My life has totally changed right after the announcement of the results. So many people are approaching me and inviting for concerts. I have to work hard. I promise I will come back to Poland and play for the Polish audience, especially in the Philharmonic Hall in Warsaw which I like very much. 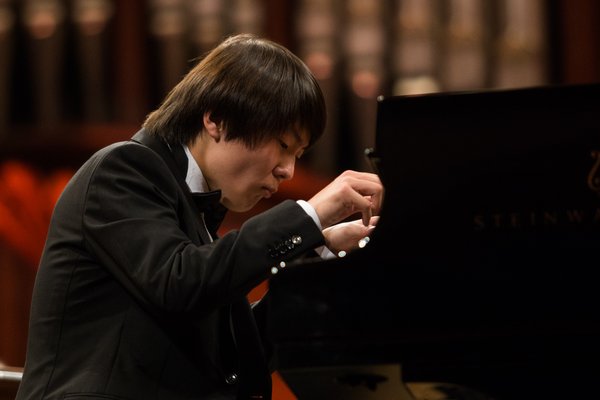 *Seong-Jin Cho – born on 28 May 1994 in Seoul, South Korea. He is a student of Michel Beroff at the Paris Conservatoire. He has won the Moscow International Chopin Competition (2008) and a piano competition in Hamamatsu, Japan (2009), as well as Third Prize in the Pyotr Tchaikovsky Competition in Russia (2011) and the Arthur Rubinstein in Tel Aviv (2014). He has toured many countries playing concerts and has participated in numerous festivals. On 21 October 2015 he won the 17th International Chopin Piano Competition in Warsaw, Poland.