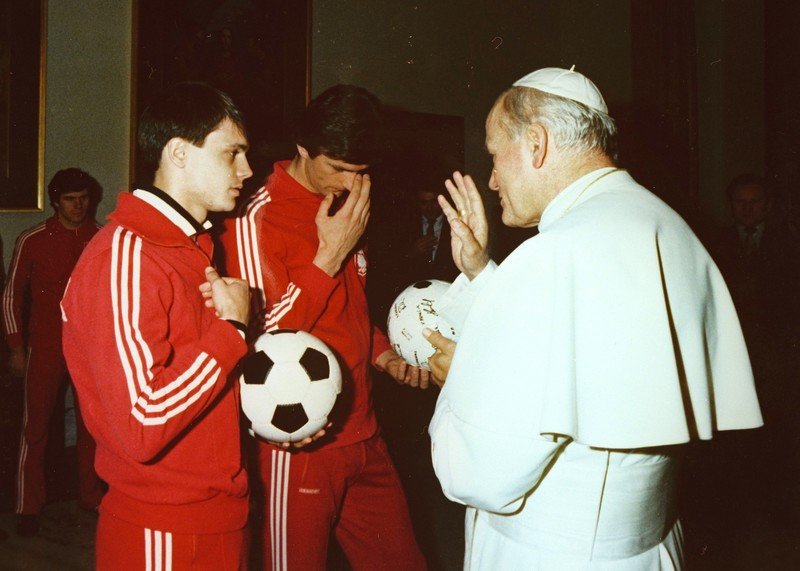 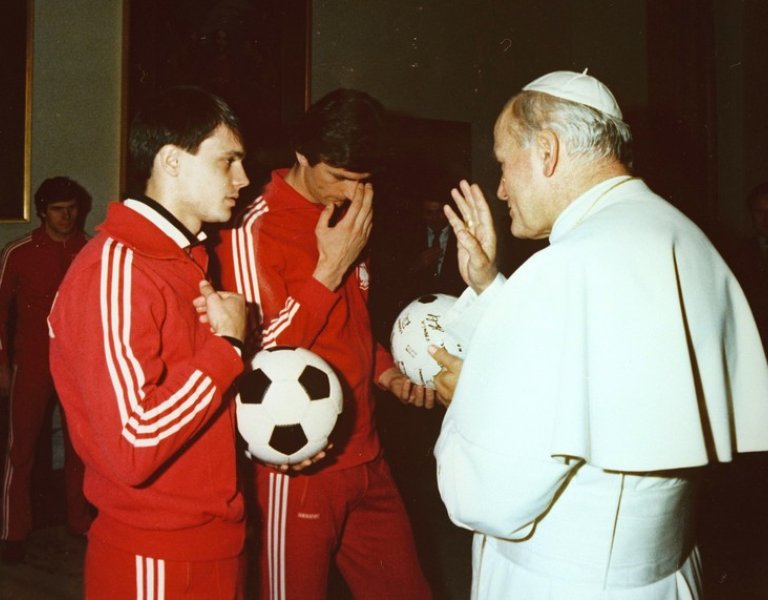 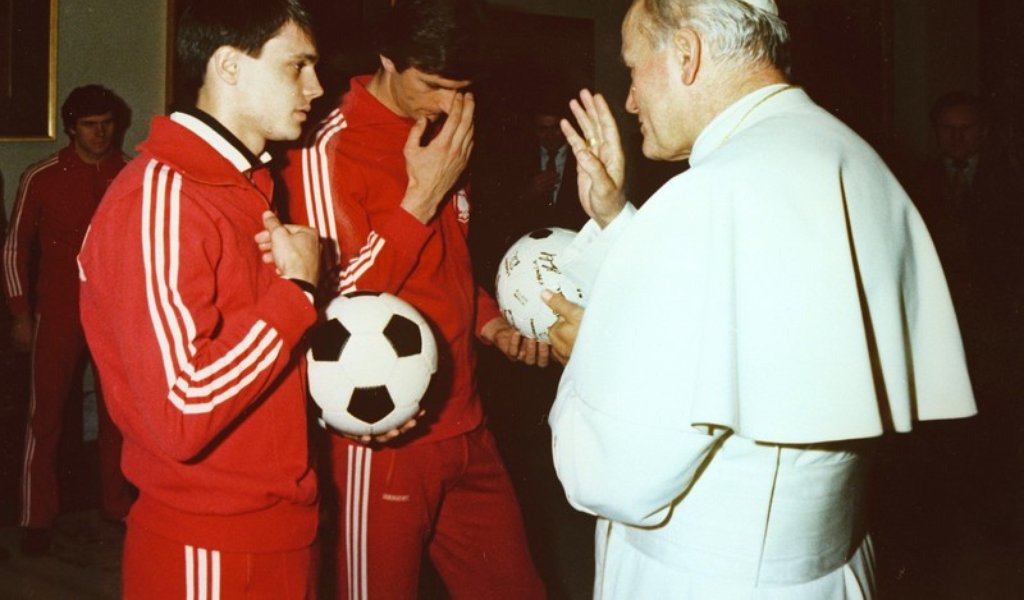 The only anti-communist on the national team

Stanisław Terlecki, a former member of the Polish national team, as well as ŁKS Łódź, Cosmos New York and Legia Warszawa, has passed away. Zbigniew Boniek, president of the Polish Football Association, who began his career at the same time as his teammate Terlecki, informed of the latter’s death. 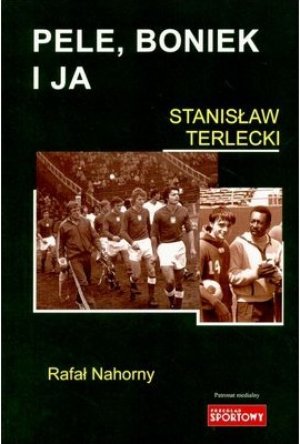 If one were to choose one Polish footballer who lost the most at the hands of the communist regime in the country, it would have to be Stanisław Terlecki. In the middle of the martial law, he had to leave the country for the United States so as to support his family, and thus missed the biggest football events.

He found himself in the USA at the best of times, when the country was opening up to soccer and the local league began to attract the biggest stars from Europe. Although he played alongside such footballers as Franz Beckenbauer and Johann Neeskens, it was Terlecki who was the biggest star of the league. At least that is what we read in his autobiography bearing the not-so-modest title Pele, Boniek i ja (‘Pele, Boniek & I').

Terlecki was undoubtedly one of the best Warsaw-born players. A graduate of the Polonez club from the city district of Brodno, he later played for Gwardia, a club linked to the police force, from where he moved to ŁKS – Łódź Sports Club. His interests were different from most players – he not only played for the club in Lodz but also studied history at the local university.

In his famous biography Spalony (‘Off-side’), Andrzej Iwan mocked his colleagues for their complaints about living in the communist times. He recalls the special coupons they received with which they could buy different goods, special housing allocations, cars and trips abroad. He also wrote: “I am wondering if any of us were true anti-communists, who genuinely declared themselves as such. And I recall… only one such person – Staszek Terlecki. His father was also a historian and an oppositionist who grafted such sentiments in his family. Staszek was involved in some kind of student movements.”

Terlecki was interested in politics so much so that by the end of August 1980, when his team from Lodz was playing an away game near Gdansk, the player tried to get into … the Shipyard. However, he was apprehended by the Solidarity workers’ guards. As he recalled in his biography, he tried to get inside because he felt something important was happening and wanted to witness the events. “I listened to these discussions, after all I studied history and I was very much interested in all of this,” the player wrote. 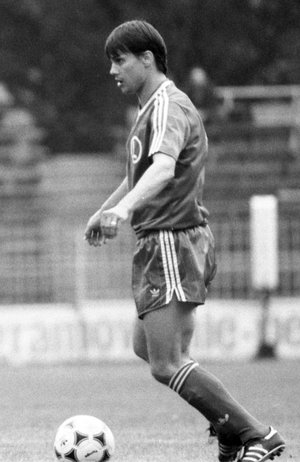 Scandal at the airport

The year 1980 had a huge bearing on Terlecki’s football career. By the end of November, there was only one story that had the entire country interested: the “scandal at the Okecie airport.” Before flying out to Malta to a qualifying match before the 1982 World Cup, the national team’s goalie, Józef Młynarczyk, got drunk and the team’s manager, Ryszard Kulesza, decided to have him stay at home, in Poland. Three of his colleagues from Widzew Łódź decided to take his side – Zbigniew Boniek, Władysław Żmuda, Władysław Smolarek and Terlecki from the other Lodz club – ŁKS. The group succeeded in changing the coach’s mind, and it was none other than Terlecki who drove Młynarczyk to the airport in his car.

Unfortunately, a Polish television crew was already waiting at the airport. The journalists learned about the whole situation. When trying to film the argument, Terlecki pulled out a cable from one of the cameras. A nationwide scandal broke out. Kulesza lost his job and the “gang of four” was disqualified. Boniek and Terlecki were probably treated most severely, as “recidivists,” and suspended for a whole year. They had already been punished before for … barking at journalists on the airplane. At the time, however, they had been treated fairly mildly and suspended for a very short time.

Terlecki and other players became the scapegoats. The communist party was eager to focus on the “airport scandal” so as to draw the public opinion’s attention – if only for a moment – away from Solidarity. The team was also to be additionally punished for yet another thing – during the trip to Malta, a stop-over was planned in Rome with an already scheduled audience with Pope John Paul II. All of that was on the initiative of the team’s council. i.e. Boniek, Żmuda and Terlecki.

Without a chance to make a living

The player who suffered the most as a result of the entire scandal was the ŁKS winger. The Widzew club continued to pay their players, and their president did all in his might to bring the suspension to an end – and succeeded after a few months. It was also at that time that the two friends who began their careers at the same time, Boniek and Terlecki, fell out. Ludwik Sobolewski, the president of Widzew, succeeded in having the punishment shortened for his players. All that Boniek and his colleagues were to do, was to come to the Polish Football Association and apologise. Terlecki, who was at the time left without any means as his club, ŁKS, did not receive his salary throughout his suspension, learnt about it and held a grudge against his friend for never calling him and informing him. Since nobody offered him a helping hand, Terlecki had to make money working as a physical education teacher. He was also helping out his colleagues on strike at Lodz University. As he recalled, he had a car and lots of connections, so he served as a delivery man, transporting food products that he managed to organise for students. 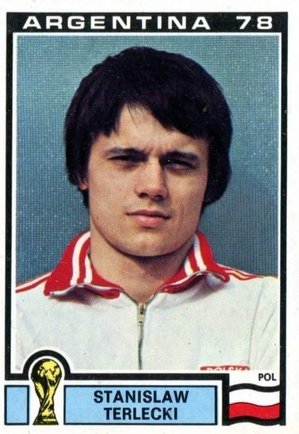 In search of a football club, he went as far as the United States. As he could not play regular football, he got a job with the Pittsburgh Spirit Futsal Club. When in the States, he learned about the imposition of martial law in Poland. He understood that he no longer had anything to return to. He missed a second huge world football event – the World Cup in Spain, where Poland came in third. His pal, Boniek, was the biggest star of the games. Terlecki watched the competition on American television, just as he had followed the previous World Cup in Argentina in 1978, which he could not attend due to injury.

“I still cannot come to terms with Stasiek’s absence during the Argentina World Cup. He deserved to be there more than anybody else,” Grzegorz Lato recalls. “If only to mention his outstanding play during the qualifiers against Portugal in Porto. He had a sure place in the team of manager Jacek Gmoch, and if it was not for the injury, he would probably play with us … maybe even compete for a medal. Stasiek was also missed four years later in Spain. At that time, however, it was his trip to the US. Before leaving, he had some bad words with the deputy president of the Polish Football Association and as a result of that he took off … to Cosmos. He did not lose out financially as a result of the decision, but he did not have the chance to fully develop his talent. Too bad…”

Terlecki returned to Poland at the end of his career. He was still the best dribbler in the league. In 1988, he ended up in the best team from his hometown – Legia Warszawa, with whom he won two Poland’s Cups. Later, he also played for Polonia Warszawa, where he actually appeared on the pitch alongside his son, Maciej. He ended his career at the age of 38. He only played 29 games for the national team.

Boniek bid farewell to his friend on Twitter. “I just received news about the death of Stanisław Terlecki, it is difficult to believe it,” wrote the president of the Polish Football Association. The information was later confirmed by Jacek Bogusiak, a custodian of the traditions of ŁKS Łódź.