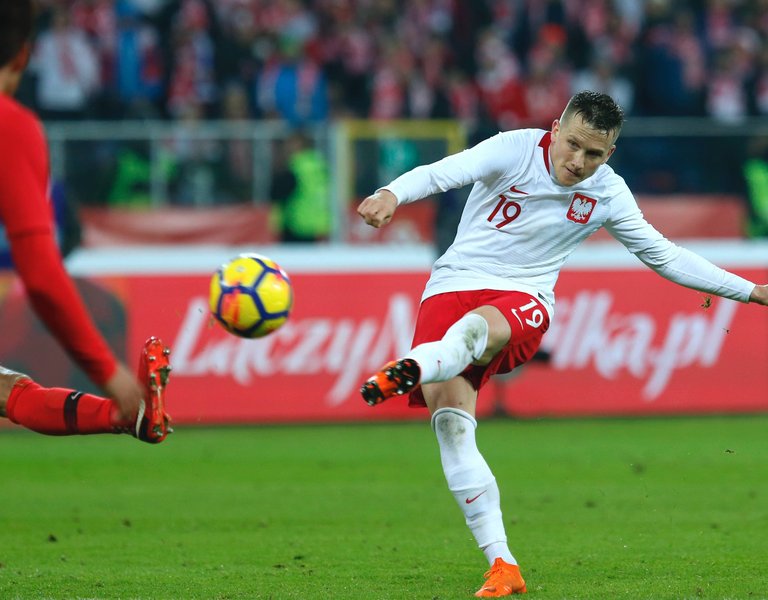 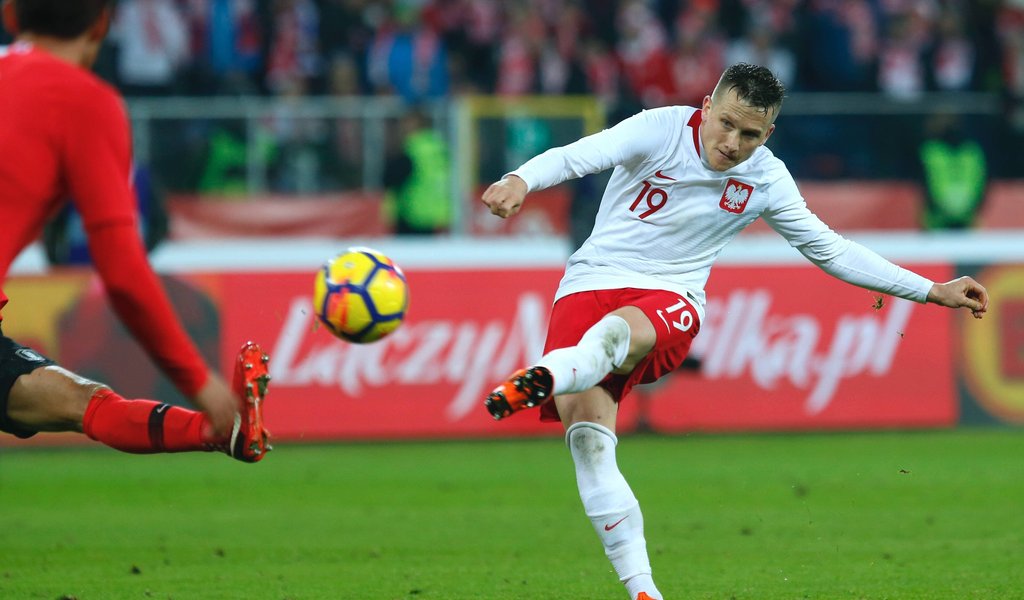 Piotr Zieliński: the eagle from Zabkowice

The Polish team’s midfielder can delight demanding Italians with his play, and keeps improving his performance in the squad with every new season.

The Napoli player is reluctant to recall his first big tournament. At the European championship two years ago, he only appeared in one game, with Ukraine. It didn’t work out. He seemed timid and had less contact with the ball during the 45 minutes than Łukasz Fabiański. He wasn’t able to show off his real talent. It was all the more surprising given that Zieliński began the cup as one of the leading footballers of the Italian league. While playing with Empoli, where he was on loan from Udinese, he was chosen as one of Serie A’s top eleven players in the 2015/16 season. His manager was preparing a big transfer.

Adam Nawałka replaced Zieliński in half time of the Ukraine match, and later stood up for the then 22-year-old midfielder, but would not field him again in other games of the tournament. It was the price the young player had to pay for his debut in the grand world of national football teams. Although Zieliński had appeared several times in the squad and was a regular on the youth team, the first encounter with top-class soccer and the accompanying pressure proved painful for a player who cut his teeth in Zabkowice Slaskie’s Orzeł (“Eagle”) club.

Two years on a national team can be a whole epoch. According to the manager, Zieliński’s performance in the Ukraine game did not undermine his position in the side. On the contrary. He became one of its pillars. The Napoli midfielder appeared in all of the 15 matches Nawałka’s squad contested following the championship in France, playing for the 90 minutes in all but three games. He shone during the recent game with South Korea at the Silesian Stadium. His crowning achievement was the goal he scored towards the end of the match, which gave Poland a 3-2 win.

Zieliński is going to the World Cup in Russia to prove what he couldn’t prove two years ago in France. 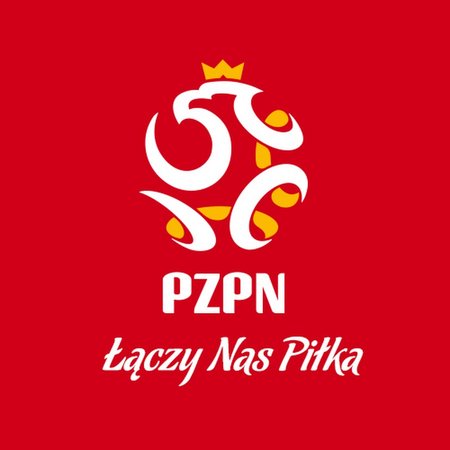 Piotr Zieliński comes from a football family. His father Bogusław began and finished his soccer career in their home town of Zabkowice, at Orzeł. In his prime as an athlete, he played in several clubs near Dortmund, while doing odd jobs to support himself. The German he picked up back then is fluent enough for him to be able to teach this language alongside physical education at a primary school. What he also took home from Germany are his memories, especially those of a training match with Borussia, which went on to win the European Cup in 1997. Bogusław’s club at the time was the amateur SG Lutgendortmund, which was competing in league six. It lost 0-11.

The three Zieliński brothers still play football today. As recently as this season, the oldest of them, Tomasz (born 1985), appeared in league four Unia Bardo, and is now the club’s playing coach. As a four-season Miedź Legnica player, he had the makings of a good footballer.

Paweł Zieliński (born 1990) looks back on 86 games with Śląsk Wrocław; he scored one goal in Poland’s top division. Today, he regularly plays in Miedź, a club from Legnica, and is about to make an historic leap into Poland’s elite league. The youngest of the three brothers, Piotr was born in 1994. All of them made their debuts in Orzeł Zabkowice. It takes only a quarter of an hour’s walk from the Zieliński family’s house to reach the local club’s pitch. “We would always go for a walk in that direction,” Beata Zielińska, the mother of the three brothers, told Rzeczpospolita.

The parents didn’t have to make their boys practice or play. Their sporting passion developed spontaneously, fuelled by the example of their father, who was a footballer, coach and teacher. The mother would also do her best to support her offspring’s sporting development.

The father began to coach their two younger sons. He would teach them how to get and dribble the ball, move on the pitch, and take care of their general physical fitness. Versed in football realities, he made sure to show Piotr how to control the ball with his left and right leg. Today it is an ability that gives the Poland squad member a big advantage.

The mother would do the daily chores. “We would struggle at times. Especially when the three of them had matches at the same time, and it was a matter of principle for us to be always with them. So we sometimes had to miss out on one game to keep an eye on the others,” recalls Beata Zielińska.

Through Lubin & Udine all the way to Napoli

While each of the three brothers continues to be somehow involved in football, Piotr has outdone them all, and this became clear in his early childhood. He had a knack for every sport, and was always an agile and nimble boy.

He was also physically weaker than his peers. But he would not be bothered about that, playing with older boys as early on as kindergarten. For his first appearances for Orzeł he would present Paweł’s player registration, even though the tiny S-size jerseys dangled at his knees. But he made up for the physical immaturity with unconventional technical skills.

His father, who was watching closely his son’s career, was aware that it was difficult to take the ball off Piotr from his youngest years, no matter whether he was confronted with a big boy four years his senior or a peer just a tad taller. Others could see that, too. In children tournaments every prize would be his. Bohumil Palik, the Czech coach of Zagłębie Lubin, invited the 11-year old Piotr to a sports camp of Sparta Praha. At international events, he drew the interest of scouts from Bayer Leverkusen, Liverpool, Feyenoord Rotterdam and Heerenven. But his parents preferred to keep the son near home. Even though Wrocław and Śląsk were closer, they chose quality over distance and sent him to the best football academy in Lower Silesia, that of Zagłębie Lubin.

He felt comfortable there. He was well cared for, could see his parents whenever time permitted, did not neglect school, but most of all, he was free to play football. He was outstanding in the field, not by his young age but his perfect skills. He was regularly called up to the national junior team by Marcin Dorna, and first transfer proposals started to come in. His choice was Udinese.

This Italian club is famous for its work with youth players. Zieliński stayed with Udinese for four seasons, but most of the time he would play in the Primavera youth league. Afterwards, he was twice sent on loan to Empoli, where he proved his worth. After the failed performance at the European Championships in France and a perfect season in Italy, Zieliński was bought from Udinese by Napoli for EUR 14m. He was brought over to that south Italian club by Maurizio Sarri, a coach who knew the Pole well from his appearances for Empoli. He trusted Zieliński, as did Nawałka in the national team.

At Napoli, footballers face completely different challenges than at Udinese or Empoli. Napoli fans crave trophies but are also keen on beautiful play. Zieliński was able to satisfy such a demanding audience. Several times, he was chosen the man of the match. He scored beautiful goals and was credited with superb assists. Italian dailies used colourful language to describe the Polish midfielder’s feats in Serie A and European cup games: “Polish masterpiece”, “gem of Napoli”. For two seasons, the former Orzeł Zabkowice team member regularly played for the leading Italian club, appearing in 96 matches. Coach Sarri had full confidence in him.

But Napoli has failed to win the titles, and this year’s second place after the mighty Juventus Torino did little to satisfy Napoli president Aurelio de Laurentiis. Though he puts the blame for the missed title on referees rather than his own players or coach, De Laurentiis has just decided to replace Sarri with Carlo Ancelotti. The new manager represents a new concept of play.

Zieliński’s contract with Napoli runs until June 2021. Given his high standing in Europe, however, he needn’t fear for the future. Now his focus is on Russia. He is much more mature, self-confident and simply better than at the Euros two years ago. During the world championship, he is supposed to be one of the leaders of Adam Nawałka’s squad.