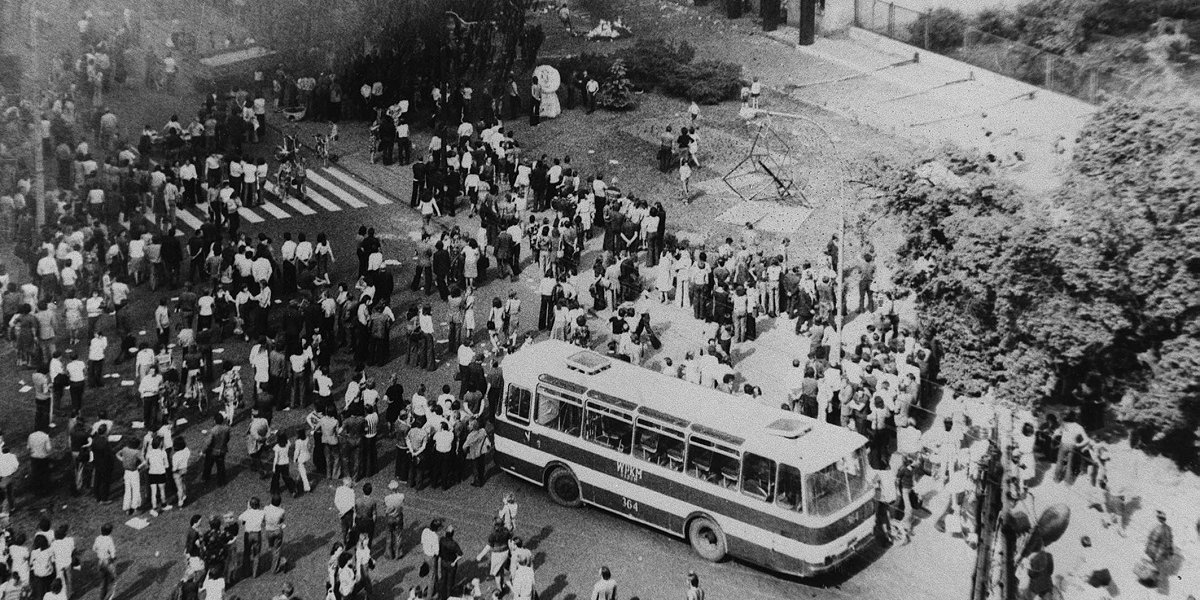 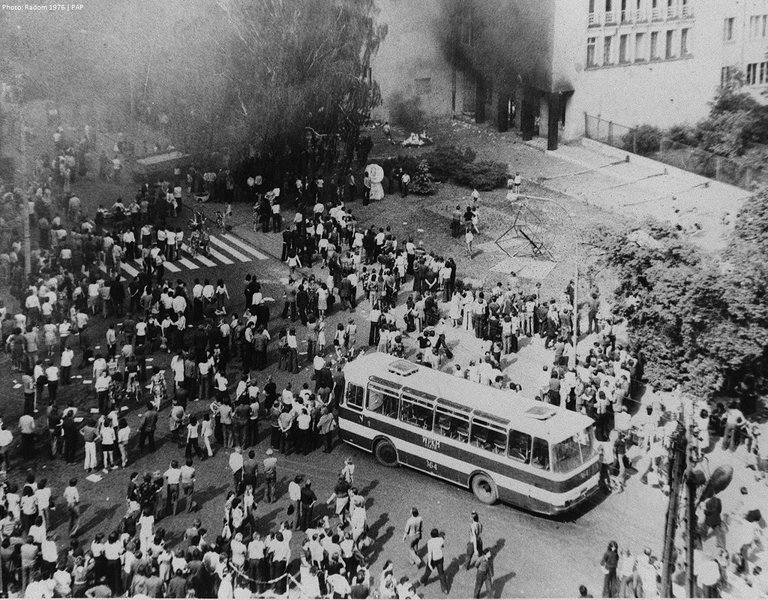 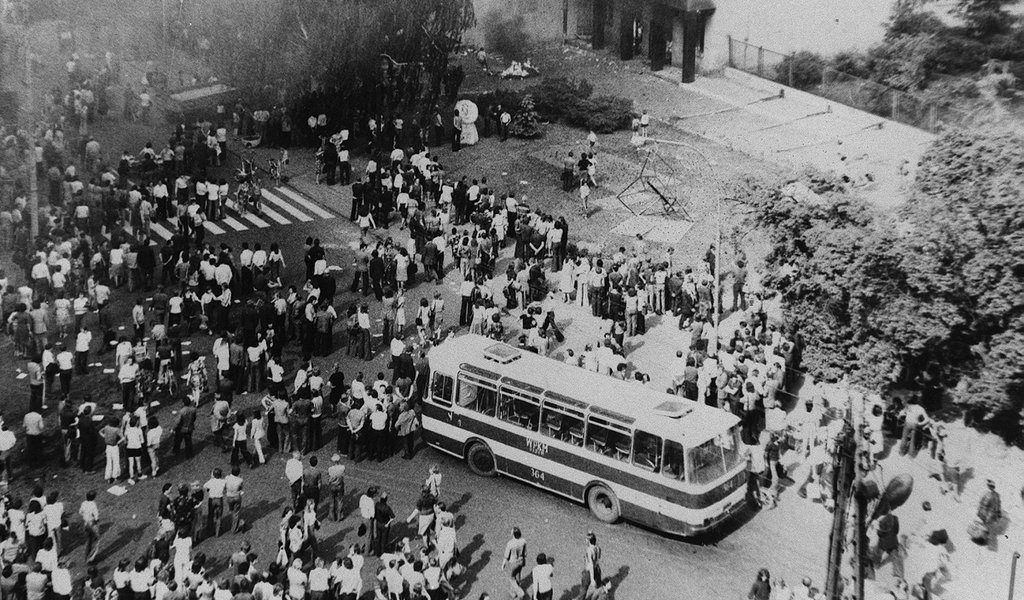 In People’s Republic of Poland, food prices were fixed and controlled by the authorities. The improved living standards and increased investment of the early 1970s, which were essentially financed from Western loans, were Edward Gierek’s solution to the unrest and demands voiced by workers in 1970. 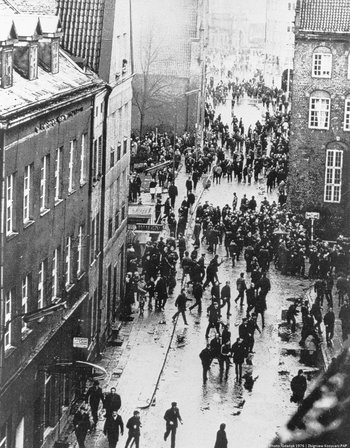 However, after five years of relative prosperity, the state-controlled economy cracked under the strain of debt and fell into yet another crisis. On June 24, 1976, the communist authorities – headed by PM Piotr Jaroszewicz – announced their plans to radically increase food prices (meat by 69-110%, rice by 150%; sugar by 100%, butter and cheese by 50%, vegetables by 30%) and introduce other austerity measures.

On June 25, 1976, Poles took to the streets to demonstrate their discontent. Some 80,000 people across Poland took part in the demonstrations with the largest turnout in Radom, Płock and Warsaw’s suburb of Ursus. The 1976 protests, dubbed by the authorities as “insignificant hooligan actions”, were brutally quenched by police forces causing several casualties, scores of injured and mass detentions. A total of 272 people were put on trial and handed harsh verdicts, many were detained and dismissed from work.

The June 1976 events for the first time brought together Polish workers and intellectuals. The extent and harshness of government repressions energised Poland’s intellectual elites, who decided to start providing legal advice as well as moral and financial support to the repressed.

Eventually, on September, 23, the Workers’ Defence Committee (Komitet Obrony Robotników; KOR) came to be. It was the first civic opposition group openly operating in Poland and in all of the Eastern Bloc with members coming from very different milieus.

Initially, KOR focused on launching and coordinating national and international efforts to bring relief to workers who were dismissed, detained or otherwise penalised for their involvement in the June 1976 protests, and to their families. Soon, however, KOR turned to other operations such as underground publishing, lectures and research, which were all aimed at overcoming the state monopoly of information and at activating democratic opposition across Poland. KOR activists became enemies of the state, often subjected to police surveillance, detained and put to jail.

As Timothy Garton Ash put it, “KOR was an icebreaker. In its wake, more and more intellectuals dared to participate in some kind of opposition activity. Within three years, Poland developed a whole opposition counter-culture without parallel in the Soviet bloc”. KOR dissolved itself only in 1981, prior to the first congress of the trade union Solidarność, which took over and continued its mission. There is no doubt, however, that the Committee was instrumental in breaking down the state-imposed division between workers and the intelligentsia, and therefore a major force in bringing down communism in Poland. 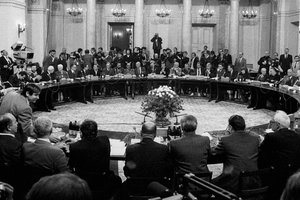