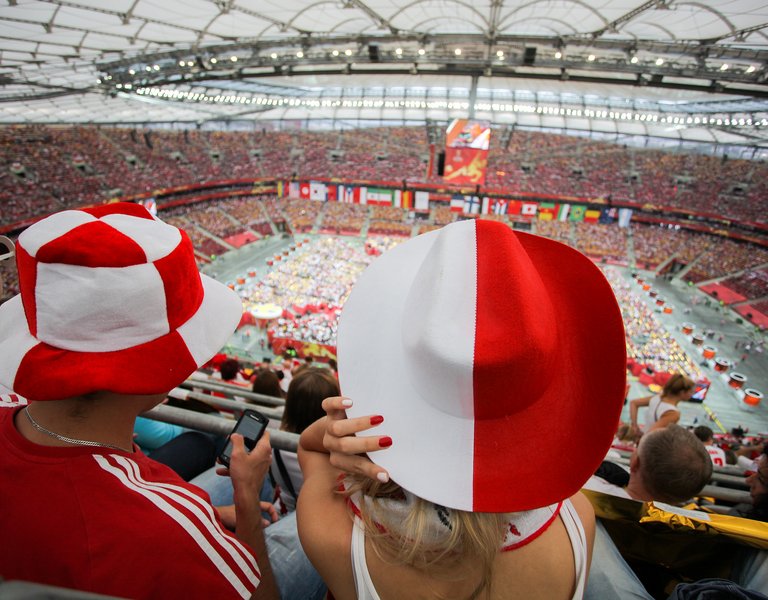 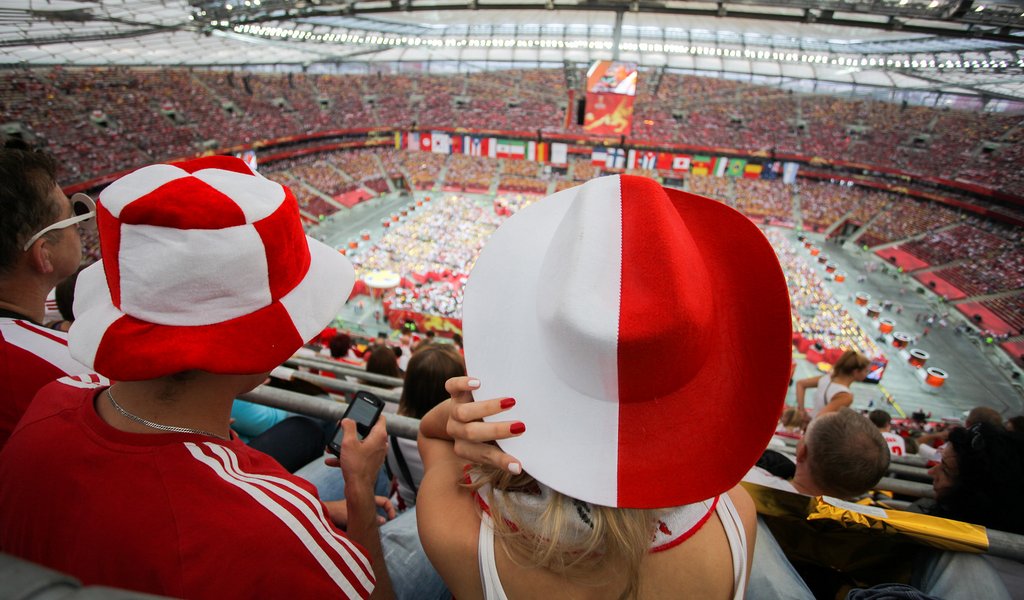 CNN’s award-winning Polish-Danish field producer, Antonia Mortensen, tells Polska.pl about “Made in Poland”, a CNN special about creative and innovative talent coming out of Poland that is due to be broadcast in December. The London-based journalist also describes what it is like to cover breaking news for the world-renowned international television network.

Philip Boyes, Polska.pl: At the end of November you were in Warsaw producing a programme about Poland – what will it be about? 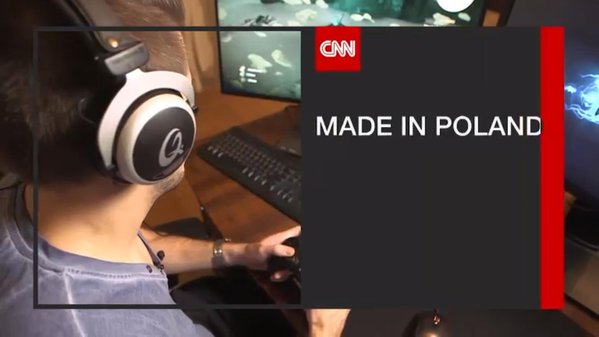 Antonia Mortensen: The programme is called “Made in Poland” and is part of CNN’s “Made in” series.  It will be about Polish innovation, creativity, technology and exciting things coming out of Poland right now. There’s so much to be told about the new generation of Poles. They are different to their parents and grandparents’ generation, most of whom spent many years living restricted lives under the Communist regime. Unlike them, young Poles today grew up in a free Poland and are full of creative energy and confidence. They have no hang-ups, no inferiority complexes. We wanted to do a programme about them, about what Poland is like right now.

We talked to many interesting people for the programme. For example, we went to a lab in Wroclaw to interview Olga Malinkiewicz, a physicist and the CTO of Saule Technologies, who is in her early thirties. Her company is doing fascinating work - and is revolutionising the solar power market and low temperature technology.

Do you think the way that the international media – in particular the leading television networks – has covered Poland has changed a lot over the last decade?

Yes, without a doubt. In many ways, Poland has become like any other European country, no longer tied down by history. This was not necessarily the case ten or fifteen years ago. In the past, stories about Poland were often limited to the historical angle: Solidarnosc, pope John Paul II, the Gdansk shipyards. These angles are still relevant but are now only part of the wider story. More recently, Poland has been in the media spotlight as a result of its strong economy, for the fact that it was the only country not to go into recession during the crisis. This has helped propel Poland to new heights. Poland is full of creativity and inspiration. This is something we want to portray in our “Made in Poland” programme.

Are there any other Poles working at CNN? What do they do?

Actually, there are a few Poles at CNN. Apart from myself, there is Wojciech Treszczynski, who is Polish-Canadian. He’s a veteran CNN cameraman who has covered just about every type of story for CNN over the last 25 years. I always enjoy working with him - we’ve covered a lot of stories together, including several stories about Poland.

How did you end up working at CNN? What was your main motivation for joining the network?

Growing up, I wanted to be a journalist or a film-maker. And I’ve always been drawn to powerful visual images. So television news therefore seemed to be the perfect medium for me. Also it has been a passion to go out and tell stories that aren't being told and bring them to the public’s attention. CNN does this better than anyone. 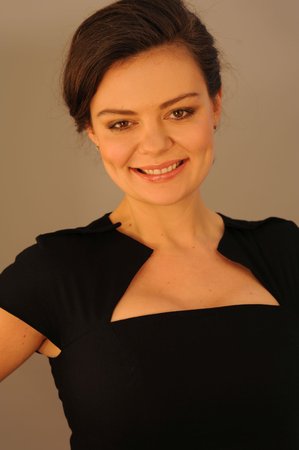 During high-school and university I did several internships at media outlets. When I was 16, I interned at Radio Trojka in Poland, which I really enjoyed. Later, I did an internship at BBC Polish Service, with their radio division. During my final year of university in London, I applied for an internship at CNN International. This was back in 2004. I liked the fact that CNN is so international, so diverse, covering all parts of the world. This spoke to me due to my own background: I was born in Denmark to a Polish mother and Danish father, and educated in the United Kingdom.

I got the internship and, as is the case with internships, I ended up doing a bit of everything. It was very hands-on, I liked that a lot. I joined CNN at the very bottom and worked my way up. I received a lot of support and guidance from more senior colleagues, including well-known anchors and reporters. During my early years some of them took me under their wing, which I will also be grateful for. After interning, I worked as a CNN freelancer for a few years, before being offered a full-time position. I am now a field producer, which literally means that I go out into the field with my colleagues to bring news to screens all over the world.

Over the past year or so, my job has taken me to the French island of Reunion in the Indian Ocean to cover the missing Malaysian Airlines flight, South Sudan, Nigeria, Kenya and Uganda, amongst others. More recently, my colleagues and I criss-crossed Europe covering the refugee crisis: from Keleti train station in Budapest to the Serbian-Hungarian and Macedonian-Greek border crossings. And I’m now in Paris, where for the last week we’ve been reporting about the terrorist attacks and their aftermath.

What have been your most memorable, and challenging, moments at CNN so far? 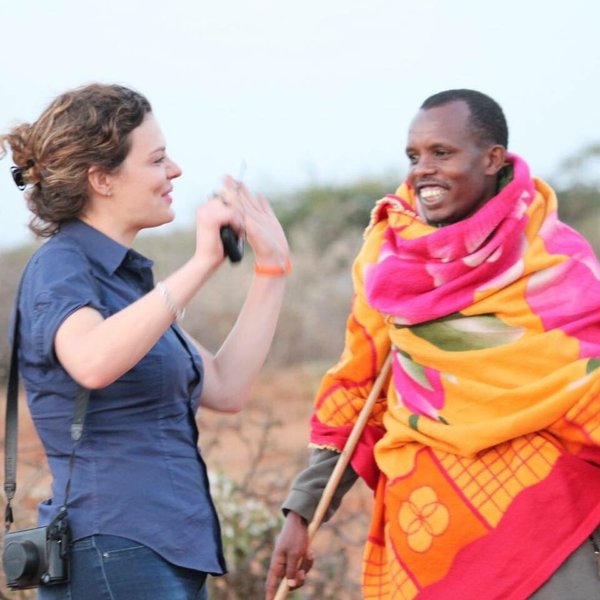 There is a lot to choose from but, for me, there are two stand out stories. Both stories left a big impression on me. The first one is a story that I worked on intensively last year, about the 276 school-girls kidnapped by Boko Haram in Nigeria. This was a story that we covered in great detail from many different angles – and our coverage was awarded with two Peabody Awards (ed. one of the most prestigious media awards in the United States). The international traction that the story received, largely due to our coverage, helped put a spotlight on the issue.  The hashtag campaign connected to the story, #BringBackOurGirls, went viral and it remained at the top of the Twitter charts for almost a year. Most importantly, our presence and our coverage, despite the dangers that our teams faced, helped make a difference. It made people aware of what was happening, it made people care. And this made me very proud. It is precisely for moments such as these that I became a journalist.

The other story is also something that I worked on last year. The report was about the Hadza tribe in northern Tanzania, one of the last communities of hunter-gatherers in the world. The language that they speak, which is made up of click consonants, is one of the oldest in the world. Both Hadza men and women spend most of their time foraging and hunting. They don’t store food and they don’t build houses. Instead they construct temporary huts from dried grass and branches. We had the honour of staying with the tribe for three days. It was an amazing experience.

As part of the job that I do, I have the chance to go to interesting places and meet fascinating people – famous people, but also normal people. I get to learn about their lives on a deeper level, understanding who they are and what drives them. This is something I truly value. At the same time, I also enjoy going back to places I already know – and getting to know them even better, from a different angle, a new perspective. This is also the case with Poland. I love coming back to Poland, travelling around the country and meeting new people.

You have a Polish mother and speak fluent Polish. How Polish do you feel? What role has Poland played in your life – while growing up but also now, as an adult?

Poland has had a huge influence on my life. I grew up very close to my Polish grandparents. I am very grateful to my grandparents and my mother for making sure that I grow up with Polish values and language instilled in me. My sister and I always spoke Polish at home with our mother and we used to spend every summer holiday in Poland. Each time I return to Poland, I feel that I’ve come home.

There’s so much that I like and appreciate about Poland. I think the country’s landscape, its nature, is absolutely breath-taking. Mazury is a particular favourite of mine. I also love the food and, of course, the people and their spirit – put together a group of Poles and you’re usually guaranteed a good time.