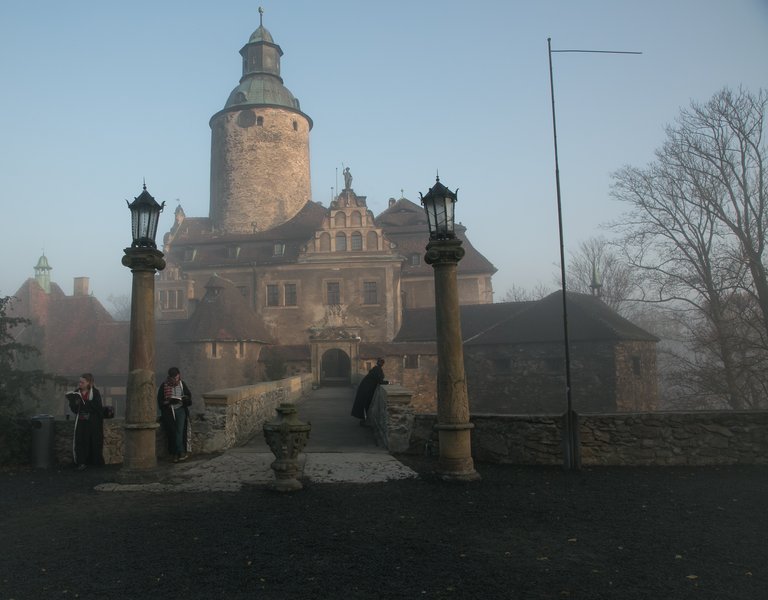 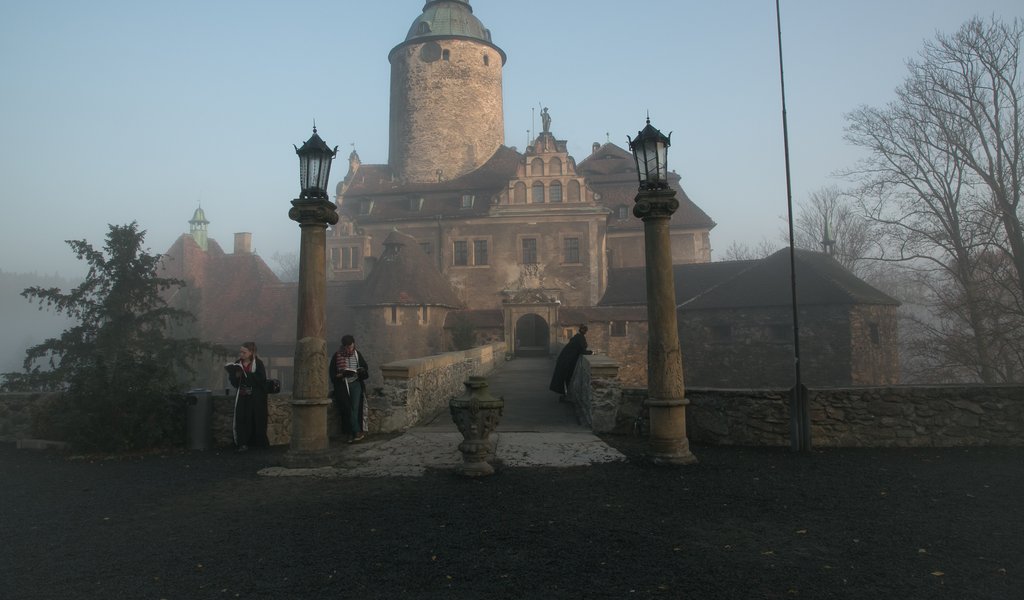 Fans of magic and Harry Potter have fallen in love with Poland. Their plan is to buy a castle here, so that Hogwarts, a wizardry school, can leave the world of fiction and become real.

For a couple of days in April 2015, 140 students of the College of Wizardry will enter the magical world of wizards, gnomes and basilisks. Dressed up in wizard robes and hats, they will meet for the second time in a fairylike Czocha Castle, 30 km away from Zgorzelec and 40 km from Jelenia Gora. They will learn the secrets of how to defend oneself against black magic, take part in wizarding classes, and run in magic duels. “I can recommend this experience to any person who looks for an active form of entertainment or for immersion into a different character and into an illusion that can capture and persuade you that it is 'real' during the LARP’s duration”, Juan Ignacio Ros, who participated in the first edition of the College of Wizardry in November 2014, says in an interview for Polska.pl

Back then, 190 participants practiced witchcraft in Czocha Castle, which is located in Lower Silesia in western Poland and perfectly conveys the Harry Potter atmosphere. The organisers’ efforts were rewarded with success. Pavle Pelikan from Croatia, who took part in last year’s event in Poland, writes on his blog: “It was one of the best experiences in my life.” 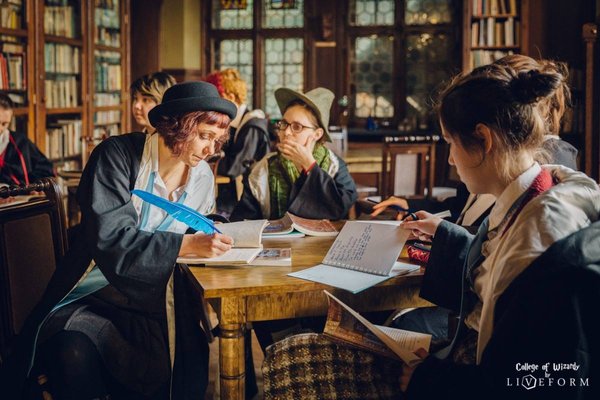 Participants in the school of magic played LARP, or a Live Action Role Play, a game in which people dressed up in costumes perform assigned roles. The origins of LARP go back to the ancient form of rites and children’s games. “First games, strikingly similar to today’s LARPs, were already recorded in ancient Rome. Moreover, Greek theatre and LARPs have a common ancestor: traditional religious rituals,” Dominik Dembiński, representing Liveform and Rollespilsakademiet—two organisers of the event—says in an interview for Polska.pl.

“LARP can be compared to a theatre, but with no audience, no text or lines to learn by heart, yet with a scenography surrounding the participants,” added Mr Dembiński.

Everyone experienced the game in a different way. “I am not a 'Harry Potter' fan. Far from it, my main reason for attending was to experience a ‘college’ LARP in a real castle, with all the complicated relationships and drama that the setting generates. The sheer volume of work was so overwhelming that it took you inside the fiction and forced you to be immersed in your character and in the fictional world,” emphasises  Juan Ignacio Ros, who LARPed in Poland last year. 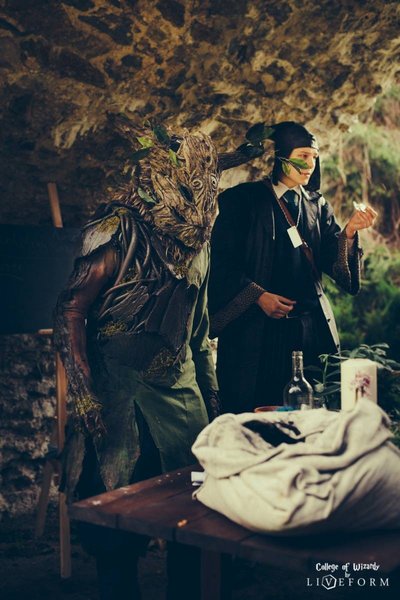 Every participant had to pay 180 euro to take part in the game. The success of the game exceeded the organisers’ expectations. Tickets (280 items at 280 euro each) for the two upcoming editions of the College of Wizardry at Czocha Castle in April 2015 sold out online in less than two minutes! The organisers are already planning next three games for November 2015. Tickets and all types of props and costumes related to the game can be bought online. Their cost amounts to around 360 euro.

However, in order to make it possible for Harry Potter fans to re-enter the magical world in Poland for four days in November 2015, the organisers of the College of Wizardry in late February started raising funds for the event’s next edition. Two days after they launched the collection campaign on Indiegogo.com, they already raised 18 out of the 50 thousand dollars goal. It took them less than one month to raise the needed 50,000 dollars on the Indiegogo.com website. They aim much higher, though. They have announced that they would buy a castle in Poland and arrange a permanent office there, if only they manage to reach a million dollars. The collection campaign runs until 29 April.

“We don’t exclude the possibility of buying a castle in Poland if only the campaign on Indiegogo continues to arouse such positive and intense emotions,” says Mr Dembiński. “We haven’t chosen any specific location yet. It surely won’t be Czocha Castle, as it’s not for sale.” 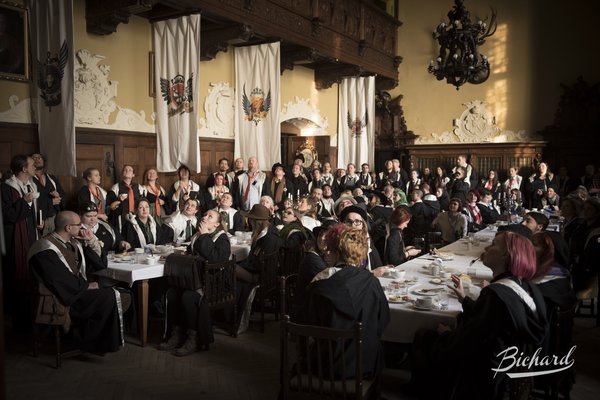 Initially, the Rollespilsakademiet association from Denmark had been planning to organise the game in their country, where LARPs have slowly started to become a national hobby. It turned out, however, that Poland can offer better conditions. Moreover, picturesque castles in Poland can also be used as hotels, allowing the guests to fully immerse themselves in the world of magic for a few days, and better conveying the atmosphere of Hogwarts. In Denmark, on the other hand, castles serve mainly as museums, where the game could not last more than a few hours.

While planning next editions of the college of wizardry, its creators cooperate with administrators of other castles and palaces in Poland. The list of potential locations that could host next non-magic LARPs include the castles in Moszna and Ksiaz. 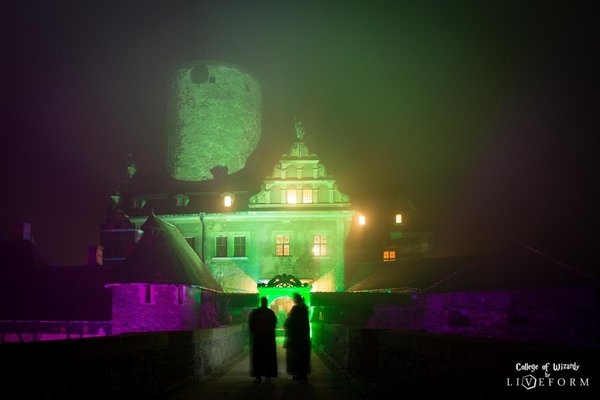