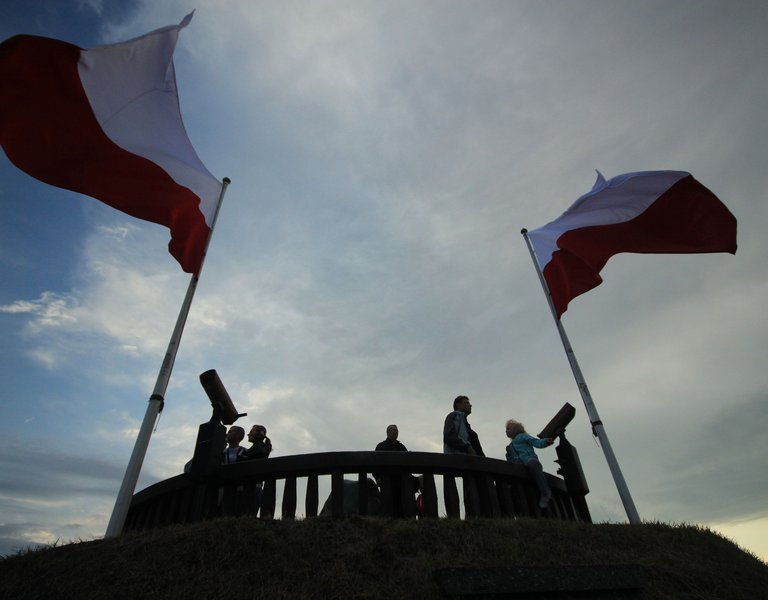 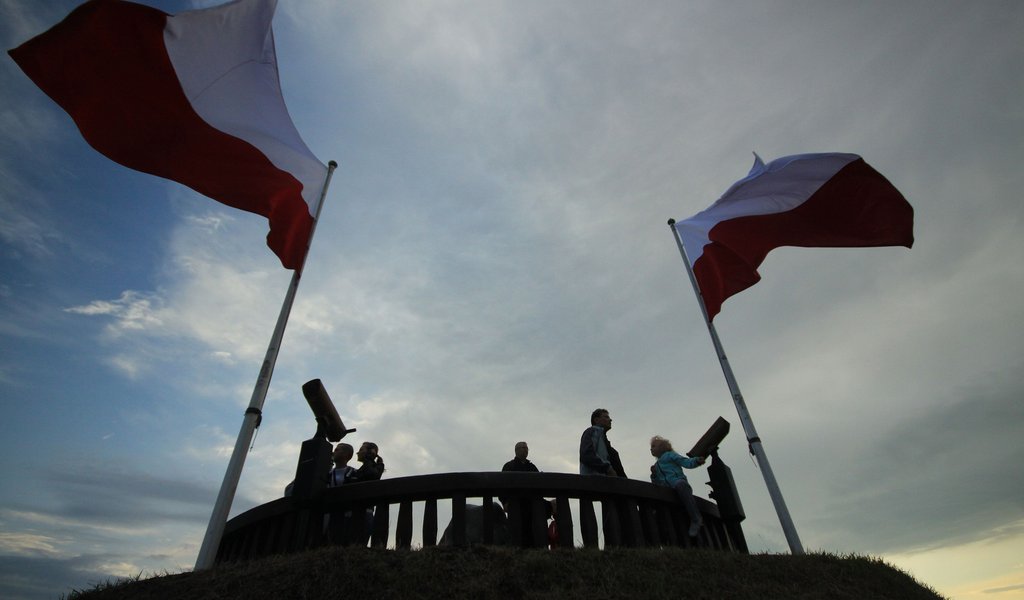 The whole world is celebrating with Poland

The 100th anniversary of Poland regaining its independence is being celebrated throughout the country, but also abroad with events and initiatives taking place that commemorate 11 November 1918. Some of them are hosted by Polish institutions, while others have been organised by the Polish diaspora around the world or by Poland’s many friends. Find out about the most interesting ideas and join in the great celebration!

In 2017-2021, the MFA undertakes a number of activities in the field of public and cultural diplomacy, with a special focus on history. Their main thrust is the centenary of regaining Polish independence, and the anniversaries of establishing diplomatic relations with other countries. In this way, the MFA promotes Poland’s historical contribution to European culture and identity, shines a spotlight on Polish democratic and parliamentary traditions, recalls civil liberties introduced when Poland won back its independence, and highlights the many achievements of the Second Polish Republic. An emphasis is also placed on Poland’s links and cooperation with other countries by celebrating the anniversaries of establishing diplomatic relations with them. More than 1,200 initiatives mark the centenary of independence. They include conferences, seminars, receptions, multimedia displays, online spots, traditional and online exhibitions, publications and new media projects. The activities engage Polish communities abroad, foundations, associations, and public institutions of the respective countries.

Once again, in social media around the world posts with #likePolska are appearing that include a whole list of reasons why you should like Poland: Krakow, Masuria, bigos, Torun gingerbreads and Polish storks, or maybe a well-known figure or just a holiday souvenir. Everyone can share what they find positive about our country and in this way, together with Poles, celebrate the 100th anniversary of Poland regaining its independence. The most interesting posts will be available at the @Poland and @Polska profiles on Facebook and Twitter. 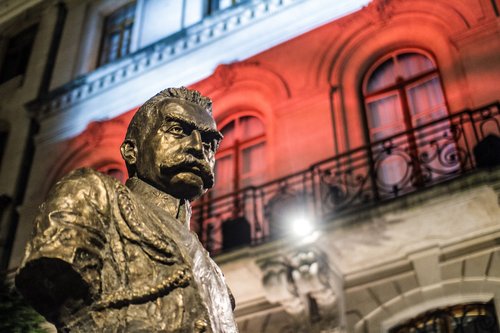 It is not every day that the Leaning Tower of Pisa or Burj Khalifa in the United Arab Emirates are illuminated in white and red. Poland’s national colours will light up the most important buildings and structures all around the world as we share this important anniversary with people in other countries. Christ the Redeemer in Rio de Janeiro, Christ the King in Lisbon, the Television Tower in Prague, Three Crosses in Vilnius and the Museum of Australian Democracy in Canberra are among the dozens of structures that will be illuminated.

Foreigners sing to celebrate one hundred years of independence

“You Can Sing it!” is an annual competition of Polish song for foreigners organised by Dom Wschodni - Domus Orientalis. On the 100th anniversary of Poland regaining its independence, the organisers announced a competition for foreigners to perform the traditional Polish song “Sto lat” (“One hundred years”) which is sung on birthdays, combined with short wishes for Poland’s independence. The winner received a cash prize to organise a local event for family and friends, during which together with millions of Poles, they will be able to celebrate the regaining of independence.

This is the flagship music initiative of the “Niepodległa” programme – 100 pieces composed by Polish composers for the 100th anniversary of Poland regaining its independence. The “100 for 100” list includes compositions created from 1918 to the present day. The culmination will be 22 concerts, 11 in Poland and 11 abroad, which will take place on 11 November 2018. Polish songs will be performed in Chicago, New York, London, Paris, Milan, Vienna, Frankfurt am Main, Copenhagen, Lviv, Tokyo and Melbourne.

The High Level Bridge in Edmonton, Canada, thanks to the efforts of the local Polish community, will be illuminated in red and white. In this way, the city will celebrate the 100th anniversary of Poland regaining its independence. Toronto and Vancouver have already celebrated Poland’s independence through music. Both cities hosted a “Polish Pride – Hits for Independence” concert during which the Celebrity Symphony Orchestra Toronto and Polish artists performed the greatest Polish hits of the past century. 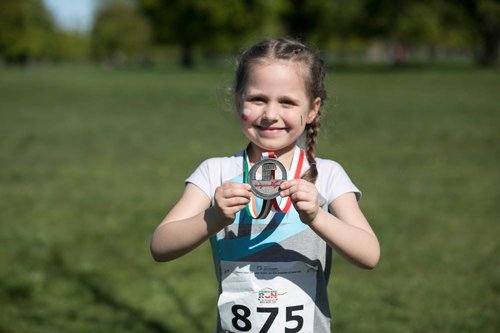 Exhibitions about Polish women - Ireland and the USA

Women are also the subject of independence events around the world. Thanks to the Polish Embassy in Dublin, in the period from 2 to 17 November 2018, it is possible to see in Cork an exhibition of the Museum of Polish History, entitled Women of Independence, which presents women who contributed to the creation of the Polish nation and its identity. Meanwhile, across the Atlantic, the Museum of Texas Tech University is hosting the exhibition “Polki - Hidden Power” from 5 October to 31 December 2018. It is an exhibition of works by Polish illustrators and ceramic designers.

There will be many events in the UK, including Lancaster University’s Polish Society – a celebration in the style of the Roaring Twenties. The event will take place on 10 November 2018, and the first 50 guests will receive badges with the Niepodległa logo.

Far in the north of Norway, 1,500 km from Poland on the island of Frøya, the Polish-Norwegian Association is organising a local celebration of the 100th anniversary of Poland regaining its independence. The programme includes an Independence Run, competitions and a workshop on making Polish dumplings.

In Latvia, they are celebrating Polish independence through film. On 3 November 2018, the “Silesia” Association for the Promotion of Polish-Latvian Relations and the Polish Embassy in Riga organised the Festival of Polish Patriotic Films. Films such as “Warsaw ‘44,” “Black Thursday,” and “Jack Strong” were shown.

A very active Polish community is still living in Kazakhstan today, who are descendants of emigrants, exiles and displaced people from the partitions and the Soviet Union. Polonia communities in Astana with the support of the “Help for Poles in the East” Foundation and the Polish Consulate in Astana are organising an evening of patriotic songs under the slogan – “The Centennial of Independence.” The concert is accompanied by the exhibition – “Polish Advocates of Freedom - Saint John Paul II and Blessed Father Władysław Bukowiński,” and will also be accompanied by the opening of the new office of the Association of Poles “Polacy” at the Friendship House in Astana.

Workshops for children and teenagers - Lebanon

In the Lebanese city of Ajaltoun, from July to December 2018, workshops for children are being held to promote the 100th anniversary of Poland regaining its independence. The program includes creating a short film about storks, programming lessons and screenings of Polish historical films. The event is supported by the Polish Embassy in Beirut.